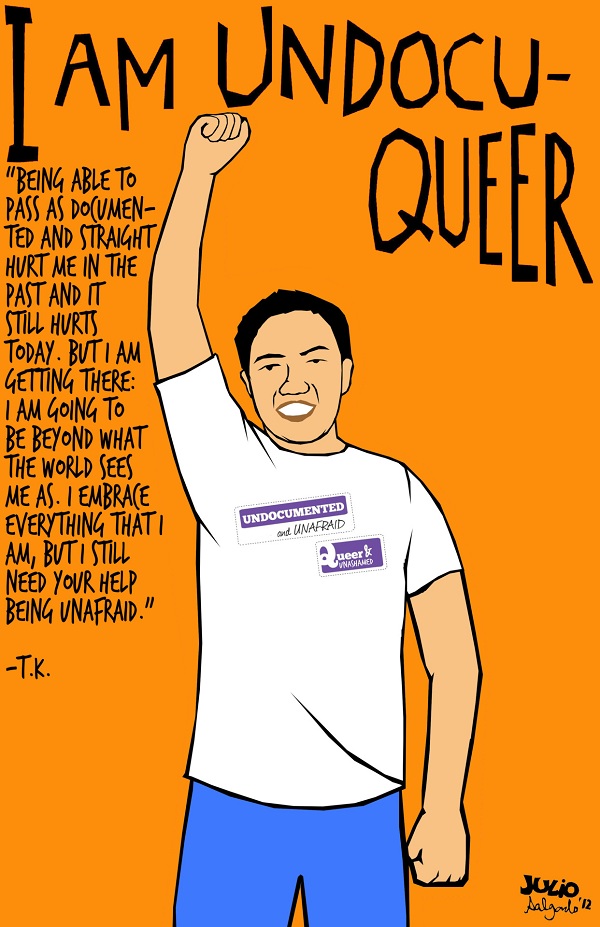 David’s story is common, but it often goes unheard.

This is because, for him, coming out does not only include personal consequences, but also legal ones. For this reason, the pseudonym David will be used in place of his real name.

As an undocumented student from El Salvador, talking about his experiences and struggles is often hard for other Americans to understand. And before programs like the DACA (Deferred Action for Childhood Arrivals), there was no legal defense against those who did not think he belonged in this country.

From an outsider’s perspective, David may appear to have it pretty good. At 20 years old, he is in his sophomore year at UCLA, he holds a leadership position on campus, and while being gay is still taboo in some places, it is increasingly being accepted in America, especially in cities like Los Angeles.

But David, and the 11.7 million other undocumented immigrants in the U.S., cannot have a bank account, a social security card, an identity card, and all the benefits that come from having these things.

He does not miss much about El Salvador, besides the beaches and other scenic views, but he does miss feeling as though he belonged to a community and not living in constant fear of deportation.

The journey from El Salvador to California is almost 3,000 miles. At 12 years old, David traveled with the help of smugglers and crossed the border by himself .

The idea of a child doing this may be shocking to some, but it is not uncommon and is a growing trend.

In 2008, more than 8,000 unaccompanied minors were apprehended trying to cross the border, and by 2012 the number tripled, according to the United States Border Patrol.

Like many others, David came to the U.S. to be…

Intern'l Video: The páramos of Colombia highlight the fragile future of the planet's supply of fresh water
Comment
Is Honduras safe for foreign volunteers?