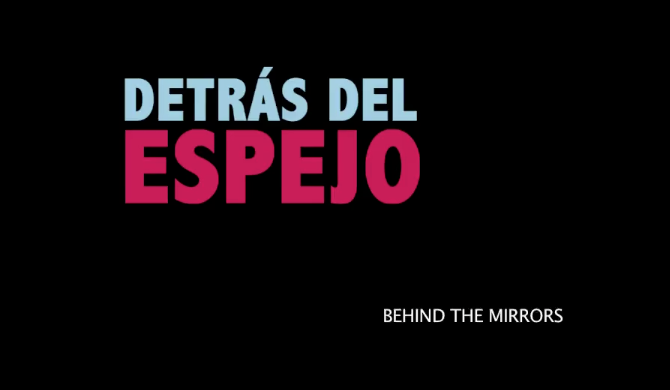 LatinaLista — Graduate film student Julio Ramos came all the way from his native Lima, Peru to Los Angeles, California to get his Master’s of Fine Arts degree at UCLA. Yet, when it comes to where he draws his inspiration for his films, there’s no place like home.

In fact, it was while sitting in traffic in Lima that he got the idea for a short film that has already garnered awards since its release in 2012. While waiting for the traffic to move, a street vendor approached Ramos’ car and offered to sell him some bootleg videos. After noticing that Ramos wasn’t interested, the street vendor offered something else — secretly taped videos of couples having sex in cheap motels.

This triggered an idea in Ramos since all of Peru, at the time, was talking about the hotel murder of a young girl at the hands of Joran Van Der Sloot, the Dutch suspect in the Natalee Halloway disappearance in Aruba.

Combining the two instances, Ramos came up with Detrás del Espejo (Behind the Mirror), a plot that has sex, suspense and a little sleaziness that makes for a ‘scintillating’ tale.

A young husband, and soon-to-be father, manages a sleazy motel with his wife. When one of the night’s customers leaves behind an unexpected mess, the husband’s keen eye for opportunity and quick thinking may change their fortunes forever.

Ramos returned to LA, recruited two of his best friends and returned to Lima where he assembled a crew to shoot the film, as luck would have it, in his uncle’s motel.

It was an experience that cemented Ramos’ belief that “there’s no other place to be making movies.”

DETRÁS DEL ESPEJO (behind the mirrors) from Julio Ramos on Vimeo.