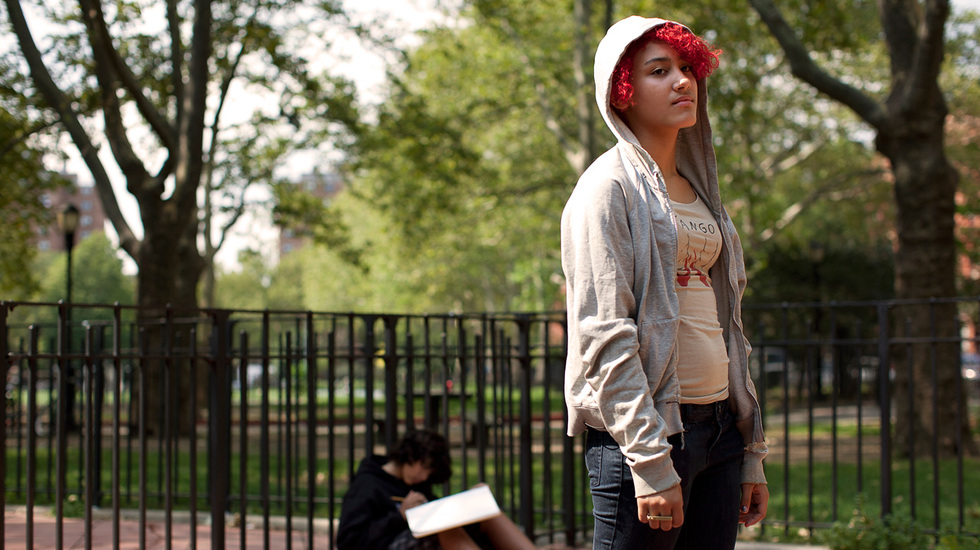 LatinaLista — For Sonia Malfa, a self-taught filmmaker in New York City, inspiration for her latest film project, Close Your Eyes, opened her own eyes to a world she willingly admits ignorance of — the visually impaired.

The short, one of 60 entries selected out of over 2,000 submissions at this year’s Tribeca Film Festival, is about a 13-year-old girl named Imani Cortes.

Imani is a gifted photographer and a teenage girl daydreaming of her first kiss. She develops a crush on Junito, a guy who shares her passion for creating art and it’s not long before they discover they have a natural connection. But Imani is challenged by something that most people, not even Junito, can see — she’s losing her sight to a genetic eye disease called retinitis pigmentosa.

The outcome for her sight is inevitable but Imani must decide if that same fate applies to her relationship with Junito and her love of photography.

The short is a prelude to a longer feature that Malfa hopes to make and is a result of her volunteer with the American Foundation for the Blind where she and the film’s cinematographer volunteered to teach a summer video production workshop to a group of visually impaired teenage students.

It was during her volunteer work that she saw the work of several visually impaired photographers. Their work, outlook on life and talent inspired Malfa to create the film. In addition, the film is set in Spanish Harlem which serves as a dynamic complement to the story.

With her intent to cast a visually impaired actress as the lead, the cast is a mix of professionals and newcomers whose authenticity not only brings Malfa’s story to life but highlights the common misperceptions and bias that exist about the visually impaired.

Close Your Eyes Trailer from Sonia Malfa on Vimeo.