Latina Lista: News from the Latinx perspective > NewsMundo > In Transit to Detention: Child Migrants in Mexico

In Transit to Detention: Child Migrants in Mexico 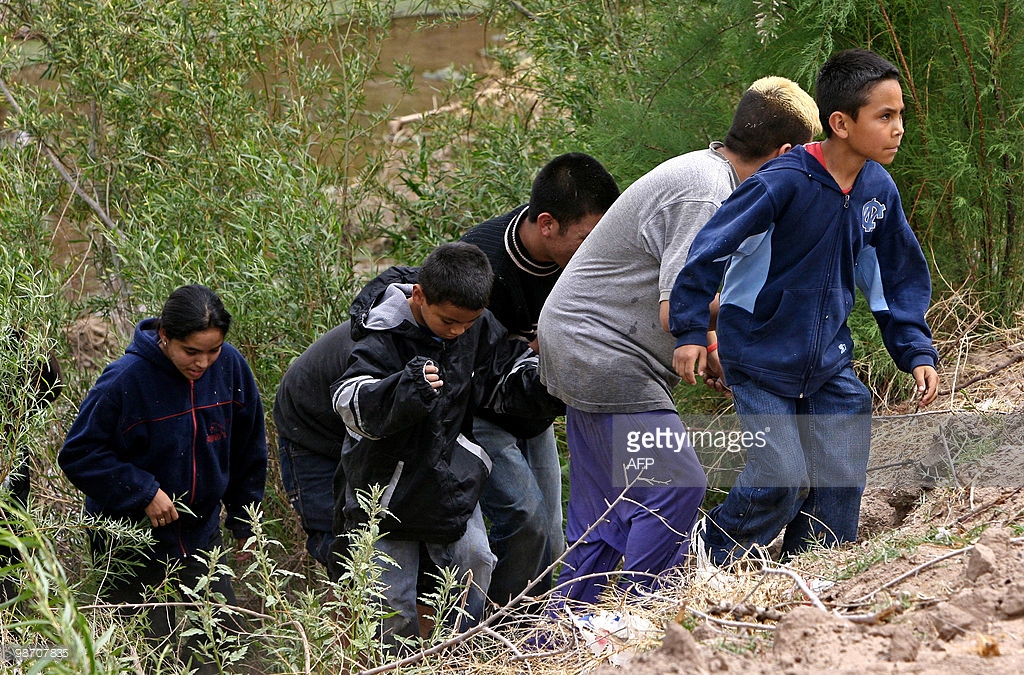 Nearly a year ago, the surge of unaccompanied child migrants constantly made the headlines, making it the “new” humanitarian crisis in the North American region. Although the phenomenon of accompanied children was not new, the Central America–Mexico–United States migration corridor experienced this type of migration in unprecedented numbers, nearly a tenfold growth in child migration in recent years.

Over 68,000 children crossed the US-Mexico border in the 2014 fiscal year, the majority fleeing from the violence and unrest plaguing the regions of Central America and Mexico. However, after the subject began to lose its journalistic appeal, much less is known today about the fate of these minors and whether they had successfully reached their intended destination.

If we follow closely the reported figures on child migrants that have been detained and deported, this is where we get a closer look at the reality faced by the vast majority of minors whose migratory journey has been intercepted. In the majority of cases, these child migrants remained unaccompanied, alone and with no legal representation as they become subject to the immigration policies of Mexico and the United States designed to deter immigration rather than to respond to their obligation to protect them under international refugee law.

Although the United States is the country of destination for the majority of child migrants heading north, their passage through the Mexican territory made this population vulnerable to authorities that have prioritized apprehending and deporting them.

The response of the Mexican government has been appalling in light of the conditions that have forced child migrants to flee from their homes. The UNHCR has documented some of the key factors contributing to the surge in accompanied children Central America: (1) Severe violence caused by the increasing networks of organized crime, (2) family reunification as many of the children heading north have parents and relatives living in the United States, and (3) economic deprivation in their countries of origin.

Honduras became the murder capital of the world, having the highest murder rate for non-war zone in 2013. Yet, Mexico’s response has been to implement enforcement migration policies designed to deter migration rather than to protect the human rights of children. 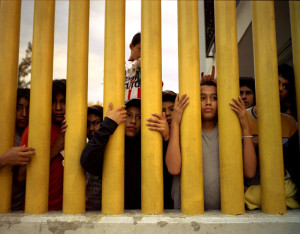 Mexico is in fact a country “closing its doors to a generation that is fleeing violence”. The Mexican government portrays its immigration policy as one designed to rescue unaccompanied child migrants from a dangerous journey. However, the reality is that migration enforcement has taken priority over the best interest of the child, which in most cases is to leave their countries of origin and reunite with their families in the United States.

Additionally, Mexico is depriving migrant children of their liberty through prolonged detention and returning them from the countries they were fleeing from in the first place. Of the 107,000 migrants Mexico deported in 2014, the majority were Central American.

A more alarming statistic is the deportation rate of unaccompanied children – 85% of unaccompanied child deportees are from that region. These numbers are a reflection of the inability of Mexican officials to develop and implement procedures that effectively apply best interest determinations prior to repatriation. Mexico has also failed to adequately screen migrant children for international protection, thus violating international human rights obligation of non-refoulement.

There is a need for an ongoing regional dialogue and a coordinated response based on the commitment to guarantee the rights of child migrants who should be seen as refugees given the dire conditions of their countries of origin.

This is an urgent human rights and humanitarian crisis that needs adequate response from a country like Mexico with a long history of emigration. However, Mexico has become complicit with the United States in adopting practices where enforcement takes priority over children’s best interests and rights.

Mexico must create its own migration policy that values human security over national security to offer the type of protection that it demands for its nationals abroad. The practices of detention and deportation are only propagating the injustices and violations that these child refugees experience in the countries they are fleeing from.

On the one hand, we are easily deflecting our responsibility to help neighboring countries by adopting policies of indifference and exclusion. On the other, we easily find the financial resources to increase the securitization borders, to build new detention centers and to implement “facilitated” repatriation programs. The millions of dollars that are directed to deter forced migration could be used instead to provide refuge for child migrants we are neglecting to recognize as refugees. We could prioritize protection over detention, but we are choosing the latter. In keeping on this path, we may have already turned this humanitarian crisis into a moral crisis with repercussions that will carry over generations to come.

For more about the Humanitarian Crisis of Unaccompanied Children: http://www.unomaha.edu/ollas/unaccompaniedlinks.php

This story originally appeared on Words in the Bucket.

Born in Mexico City and raised in Los Angeles, United States, Nancy Landa is a research consultant and advocate for migrant rights. Nancy holds a Masters in Global Migration from University College London (UCL) and she is currently leading initiatives that merge research and social action to create transnational networks of solidarity among migrants and advocates. Nancy is the author of the blog mundocitizen.com, an online platform created to document her life journey post-deportation and to explore contemporary issues in migration from perspectives often unheard from – voices of migrants themselves. Her story of forced return has been featured in two books: “Dreamers, an immigrant generation’s right for their American Dream” (Eileen Truax 2015) and “Los Otros Dreamers” (Jill Anderson and Nin Solís 2014).