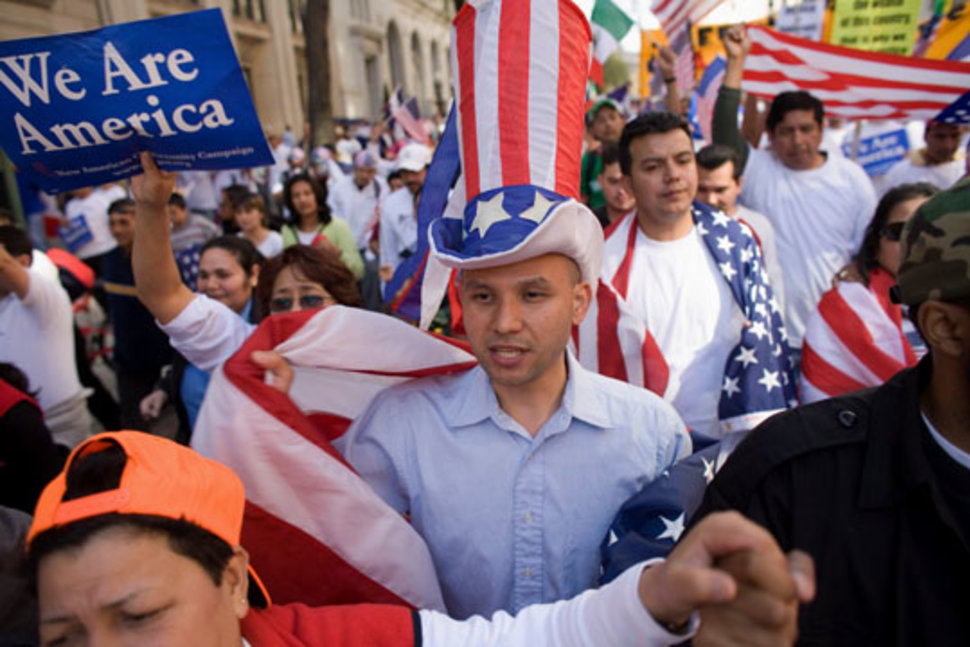 Unfortunately, it’s something that’s been hinted at in other polls.

Titled “In U.S., Hispanics Least Worried About Election Outcome,” the Gallup pollsters would have us believe that:

Large majorities of all three major U.S. racial and ethnic groups agree the election stakes are higher this year than in prior years, with 66% of blacks, 63% of whites and 50% of Hispanics strongly agreeing. And while roughly seven in 10 or more of each group agree they are afraid of what will happen if their candidate does not win, 64% of blacks, compared with 53% of whites and only 38% of Hispanics, strongly agree.

It’s disappointing but not surprising. A Pew survey Latina Lista featured last week showed that same kind of political indifference to the candidates among some Latinos.

However, as the Gallup pollsters found, as well as Pew researchers, the numbers depend on citizenship.

The wide gap between the two camps implies (to me) that it’s not that Latino immigrants don’t think the stakes are higher than usual in this election. In fact, anecdotally, in every conversation I’ve had with Hispanic immigrants, both undocumented and citizens, since the campaigns have started, every one shudders to think what having Trump in office means for their future.

No, this wide gap seems to signal a surrender — to a system — using Trump’s favorite word — is “rigged” against them. With those odds, it’s hard to continue to hold out hope.

Guest Voz: The Code of Silence must be broken to address problems in our criminal justice system
Comment
Mexico and Canada Sign Memorandum of Understanding about Indigenous Peoples Without Consulting First Nations