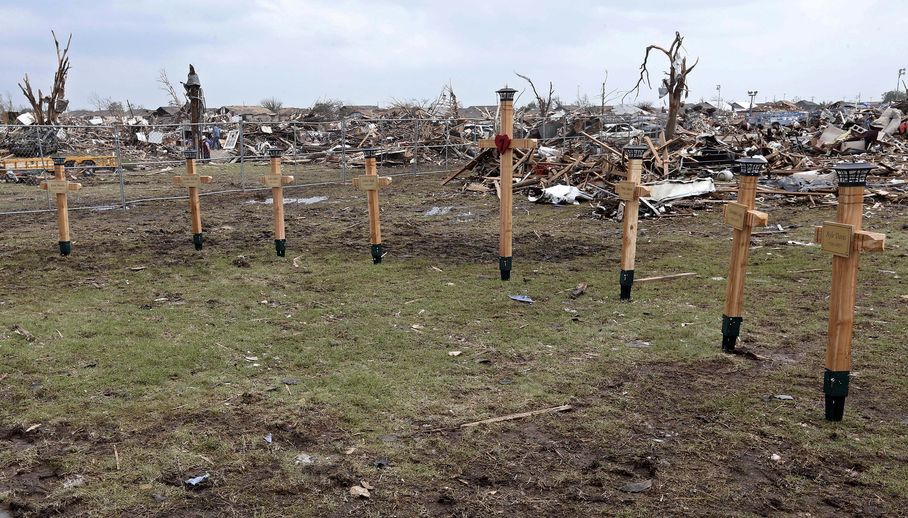 LatinaLista — Among the many sad and haunting images of the May 20 EF5 tornado that hit Moore, Oklahoma is one of seven wooden crosses hammered into a patch of grass standing guard where Plaza Towers Elementary school once stood — a school that became the final resting place for seven students huddled in an interior hallway to escape the tornado’s wrath.

Since that fateful day, the world has learned that Plaza Towers Elementary, along with Briarwood Elementary which was also destroyed, did not have a storm shelter, like the majority of Oklahoma schools. Yet in a section of the state that has seen its fair share of tornadoes over the years, it seems incredulous that these particular schools weren’t built with storm shelters or basements.

Plans are already underway to rebuild both schools — in the same locations but with a different look. The thinking is that the construction can help with the healing process.

It will be expensive. Officials estimate it will cost $20 million to replace the schools. This time around cost won’t be a factor when deciding whether or not to include a storm shelter in the blueprints.

Yet, with prices for safe room installations estimated to be between $600,000 and $1 million per school, it’s a hefty investment for a cash-tight state. For that reason, a new nonprofit has been formed by some Oklahoma legislators and businesses.

Shelter Oklahoma Schools will use private donations to build storm shelters in and around Oklahoma schools and communities.

The fund will work with local schools and municipalities to build or fortify storm shelters across the state. The children at Plaza Towers elementary did not have to perish. Nothing we can do will bring them back or console their loved ones who remain, but we can try to stop this from ever happening again. Help us build a stronger future for our children for years to come.

Chilean Students Protest
Comment
Only shrine in U.S. dedicated to patron saint of immigrants lies in the heart of anti-immigrant territory