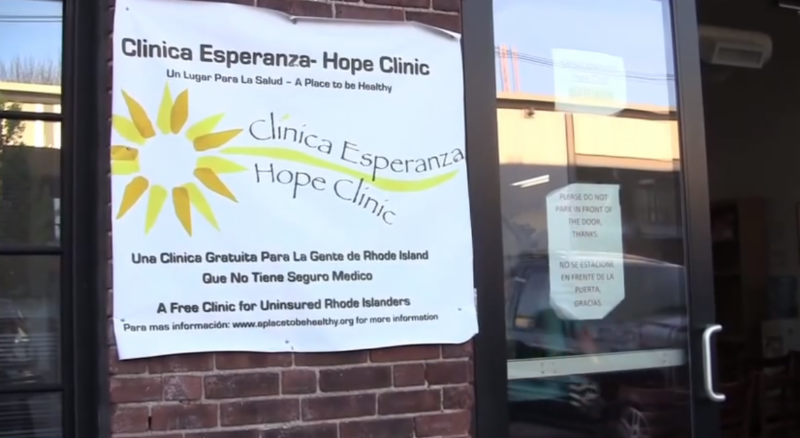 It operates out of a free clinic for uninsured patients, known as Clinica Esperanza/Hope Clinic, or CEHC. La Bodega is a ‘storefront’-style clinic – no appointments are necessary, patients just walk in if they are uninsured and need non-acute healthcare.

This ‘storefront’ approach to healthcare is one that is very familiar to the population served by CEHC. Most of Clinica Esperanza/Hope Clinic patients are new immigrants from Central and South America who work low-wage jobs and have limited English skills. La Bodega provides care in their own idiom, while remaining sensitive to cultural differences.

Between 2 and 7 PM, Monday through Friday, La Bodega provides walk-in service for non-acute health problems, eliminating the need for uninsured patients to use the Emergency Room as a source of routine healthcare, reducing their out of pocket costs, and improving access to health screens for chronic diseases.

This is a new project at CEHC. Nearly 1200 individuals have accessed free healthcare, health screens and immunizations at La Bodega since CEHC opened the project in 2012.

La Bodega connects Individuals who may have chronic diseases such as hypertension, diabetes, overweight, metabolic syndrome, and cardiovascular disease to health care and the health system.

The impact of La Bodega has been remarkable. During the first 5 months of this project (in 2012-2012), La Bodega saved patients more than $120,000 (that would have been spent on ER care) and garnered more than $1.3M in preventive health value.

The impact of La Bodega continues to grow. Over the past 12 months, the estimated savings was 7.1 million dollars. The cost of providing this innovative service was just over $100,000. This is a 70 to 1 return on investment for each dollar contributed to this project.

La Bodega / CHEER clinic is run by a registered nurse, which cuts down on the cost of the care that is provided. Navegantes (healthcare outreach workers) are available to provide nutritional advice and medication adherence counseling in the patients. Eligible patients are also assisted with applications to Obamacare. More than 70% of the patients are from Central and South America, and the majority earn less than $15,000 per year.

Administrators are seeking money to fund the Bodega/CHEER clinic for the rest of the year. With every $110 raised through this campaign, a patient can be supported for a full year.