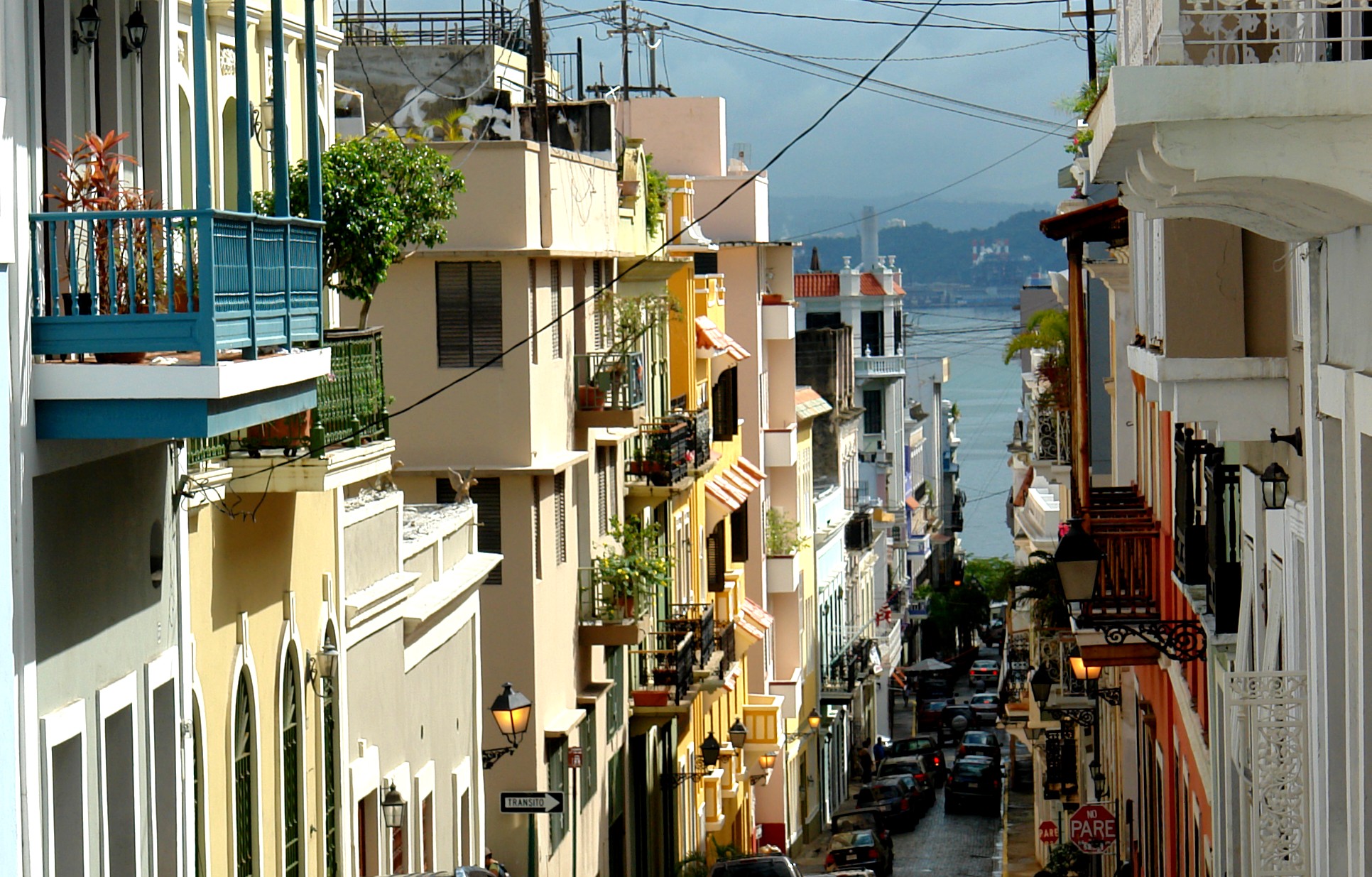 The Feast of San Sebastian hit the bookstands in 2013, but it was not until 2015 that Jonathan Marcantoni’s literary force would ride into my tropical sunset like a cavalry of one. You see, it’s not often I pick up a book that speaks to my island world from an author with true grit, daring insight and the promise of hope. Such explicit dialogues and vibrant “visualism” as to make one feel like you’re watching a Quentin Tarantino movie while simultaneously yearning for the more wholesome homeland of yesteryear.

A revealing portrait with a WARNING LABEL to readers at that; an author’s caveat, essentially saying, read The Feast of San Sebastian at the risk of getting shock treatment, at the risk of being face-to-face with the good, the bad, and the ugly of modern Puerto Rico: but read it you must.

Most especially, if you are one of the 8 million people on the planet who sing the praises of our precious island and are proud to call themselves “Boricua.” What Mark Twain once said rings true of this Puerto Rican neo-fiction novel, “factual stories are stranger than fiction.”

It inspired me to learn that for the novelist, raised in Puerto Rico, home is where his art lies. And I became an instant fan of mi hermano escritor.

Fact or Fiction?
We writers, in general, can be inspired by a host of curiosities, not the least of which is this thing called human nature. In the case of this Colorado-based author, father of three gorgeous little girls whose media naranja is a beautiful and charming wife waging a courageous battle with MS: Feast was inspired by a dirty little secret that was “leaked.”

I remember it well. Ricky Martin was in town spreading the news of his celebrity campaign to eradicate the exploitation and human trafficking of children around the globe, or so the local Spanish media said of the pride of Puerto Rico. Vaya! A noble cause: El Orgullo Boricua strikes again!

I did a double-take though. Why is he here? I have a nose for news. There is no human trafficking in Puerto Rico. It’s a South Asia, Africa or other parts of the globe problem. FOUR years later in 2014, Manhattan’s National Institute for Latino Policy (NILP) disseminates the study Challenging the Invisibility of Smuggling and Trafficking Persons in Puerto Rico funded by the Ricky Martin Foundation, dated 2010.

The Pandora’s Box (opened by El Vocero in 2011) of 6,300 minors removed from toxic homes that had fallen through the cracks of our over-burdened child protective services agency Departamento de La Familia, that was ill-equipped to monitor their foster care. BUT THIS?: I perused the lengthy study and saved the PDF document to my archives with a heavy heart. That’s the story of our “colonial” lives. Too little, too late:

…the significant number of children living in foster homes or foster care, the high number of families living in poverty, and the Island’s immigration levels (as a transit point for women and children from other Caribbean islands seeking illegal entry to the US) together with gender discrimination, suggest that there may be a serious human trafficking problem in Puerto Rico… Although human trafficking exists throughout the Island…of minors for labor exploitation, to satisfy the demand of the sex tourism industry and/or for the sale of organs …and often the exploiter is a family member, a member of a foster family in a foster home, and/or a neighbor…there is a lack of literature and there are neither investigations nor studies to explain the phenomenon… Furthermore, El Nuevo Día reported in January 2006, that Hondurans, Dominicans and Chinese were transported illegally to Puerto Rico and were found on the EureKa shrimp-processing farm in the town of Dorado, where they were held captive for labor.

These heinous findings are compliments of the scholarly work done by Dr. César Rey-Hernández, former Puerto Rico Secretary of Education (2001-2004) for Governor Sila María Calderón, and Dr. Luisa Hernández-Angueira of the UPR Sociology Department—during the revolving door of four education chiefs (2009-2012), under the fiscally-challenged Fortuño administration.

Now, normally, readers love secrets, and being privy to all the intrigue and the great cover-up in the misogynistic and politically corrupt underworld Jonathan recreates and abhors, drawing from actual scenarios he found in this report. But for some reason, this engaging novel, exposing the ugly truth about human trafficking, the sexual exploitation and slavery of poor women and children, has arrived like a thief in the night to “Crisis Puerto Rico,” not receiving the attention it deserves. This in keeping with what the research team also duly noted, “In Puerto Rico, this problem lacks conceptual understanding among government agencies and the general public because many deny the problem’s existence, as we have been able to corroborate.”

I will admit, after checking out an excerpt online, Feast is not for the squeamish.

Could I stand the image of a Puerto Rican dismembering and disemboweling a Dominican immigrant like a slab of meat to sell her organs on the black market?

!Changa! If you can binge-watch multiple seasons of Dexter and Bones, you can get through this.

The Book
Feast (Aignos Publishing) is a suspenseful crime noir set in locations where human trafficking may occur unnoticed: the modern ruins of el barrio La Perla is the worst case (at one time, a DMZ of armed drug dealers Puerto Rico Police only entered with a military guard), the secluded Fajardo hillsides, the frenetic-paced San Juan metropolis, and the sleepy fishing town of Salinas on the remote southern coastline.

The author creates a complex plot concerned with the social “ladder” and how the rich and powerful at the top commit horrible crimes that destroy the lives of people at the bottom with impunity. And when it comes to cooking up a cast of meaningful characters, Jonathan is a Master Chef. Mixing up heroes and heroines with ruthless villains you can at once love and loathe; and spicing it up with the guileless Haitian immigrants fleeing their earthquake-ravaged homeland to reach our more promising “American” shores. All victims of their environment, he aims to redeem them if he can and does a stylish job.

Since the main ingredient is the love for your homeland and your people, the menu offers an assortment of victims of societal neglect, stirring up psycho-social ills that bubble to the surface from hidden traumas. Among them: child abuse, self-disparaging racism, identity crisis, hunger and joblessness, chronic lack of opportunity, drugs and criminal activity, police strong-arm tactics, and the constant threat of losing all you own to gentrification — all obvious signs of Puerto Rico’s moral decadence and cultural decline.

The not so obvious?:

The basest form of cultural self-defacement is human trafficking. The new form of slavery — and second most lucrative illegal activity in the world next to the narcotics trade — according to the International Labor Organization generates almost $96 billion dollars per year and another $32 billion dollars per year that is pocketed by the host country receiving and handling the human cargoes.

From the moment the spotlight shines on the shores of the ancient slum of La Perla, overlooking the tourist trap El Viejo San Juan next door, we find the hung-over Ilan — the self-reproaching protagonist — pondering his fate and dreading his next move as a middleman for the rich and nefarious, doing the dirty work of catering to their despicable whims.

The plot unfolds. I was hooked:

“Santurce, whose streets prowled by executives, hustlers, and tourists searching the street for ways to start their weekend; be it at the bottom of a bottle of Bacardi or in a cheap motel. Where later that night a politician in the Statehood party will be calling a friend to clean up one of his messes; he always had a hard time with women but that’s okay. The party would make sure he was in fact at a dinner being hosted at the Governor’s house in La Fortaleza and couldn’t have been in the red light district at the same time as closing a deal with a North American developer, his friends would see to it…”

Fact or Fiction?: You decide.

featured, fiction, human trafficking, Puerto Rico
Previous Post Meet the Tech Guru Taking on the Word Gap One Mobile App at a Time
Next PostGuest Voz: Cuban American millennial drafts open letter to Obama asking him "to stand up for the Cuban people"

Meet the Tech Guru Taking on the Word Gap One Mobile App at a Time
Comment
Guest Voz: Cuban American millennial drafts open letter to Obama asking him "to stand up for the Cuban people"