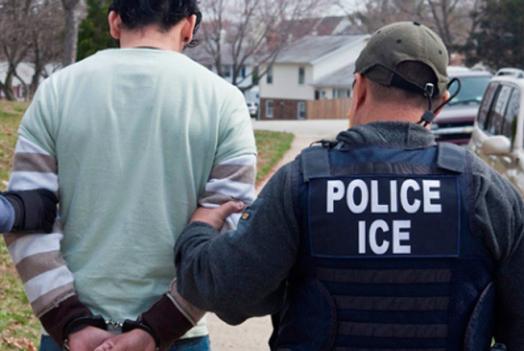 WASHINGTON – A federal appeals court Wednesday overturned Arizona’s Proposition 100, saying the voter-approved law banning bail for felony suspects who are believed to be in this country illegally is unconstitutional on its face.

A divided 9th U.S. Circuit Court of Appeals said the law violated due-process rights of suspects and was not narrowly tailored enough to serve a compelling state interest, but instead was a “scatter-shot” attempt to rein in all immigrants.

But in one of two dissenting opinions, Judge Richard Tallman wrote that throwing out a law that was approved overwhelmingly by state voters “leaves Arizona nowhere to turn.”

The decision by the full circuit court reverses previous rulings by a three-judge panel of the court and by a district court that upheld the law.

Arizona Rep. John Kavanagh, R-Fountain Hills, said he was “extremely disappointed” at the ruling, saying the flight risk of illegal immigrants on bail is very high because “they now have two reasons to avoid the authorities.”

But an attorney for the American Civil Liberties Union of Arizona, one of the groups that challenged the law, welcomed the decision.

Daniel Pochoda, senior counsel for the Arizona ACLU, said the law was intended to punish undocumented immigrants for their citizenship status, and that detaining individuals without the possibility of bail was “clearly unconstitutional.”

Proposition 100 requires that judges deny bail to anyone charged of a felony where “proof is evident” that the suspect committed the crime and there is “probable cause that the person entered or remained in the United States illegally.”

The proposed amendment to the Arizona Constitution was put before state voters in 2006, when it was approved with almost 78 percent of the vote.

But the appeals court Wednesday, in an opinion written by Judge Raymond Fisher, called the law a “scattershot attempt at addressing flight risk.”

Fisher said the law is “excessive” and that it brought punishment before guilt was proven.

Quoting previous court rulings, Fisher said “in our society liberty is the norm and detention prior to trial is a carefully limited exception.”

But Tallman said that sharing the border with Mexico puts Arizona at a greater risk of those charged skipping bail, as they have a “quick and convenient route to Mexico.”

Citing the majority’s argument that there was no proof that immigrants pose a flight risk, he called it one thing for the court to call Proposition 100 excessive, but “quite another” to tell state voters and lawmakers “that its perceived problem is not really a problem.”

In a concurring opinion, however, Judge Jacqueline Nguyen said she believed the law was, “intentionally drafted to punish undocumented immigrants for their ‘illegal’ status.”

Nguyen said the ballot measure was misrepresented to voters, citing former Rep. Russell Pearce’s statement in support of Proposition 100 that it was meant to protect against “dangerous thugs” and “large, well-organized gangs of illegal aliens.”

A spokesman for Maricopa County Attorney Bill Montgomery said Wednesday that the office was disappointed in the ruling, but that officials there are still reviewing the case.

Pochoda said the only option left for defendants at this point would be an appeal to the Supreme Court, but that he is not worried by the prospect.

“We’re confident that if the Supreme Court did take the case, they would rule in our favor,” he said.