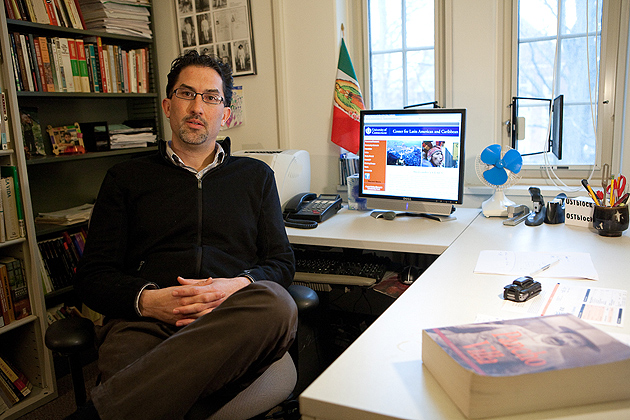 A Latino candidate in one Connecticut suburb is working to make the political scene in his town more inclusive, by reaching out to Latino voters, perhaps signaling new Latino political influence outside of the traditional urban areas.

“Given that there has never been an elected town official of Latino descent I think part of the challenge is ensuring our Latino and other minority populations that they are critical partners in the town and its future,“ said Mark Overmyer-Velazquez, the first Hispanic to serve in public office in West Hartford history.

Overmyer-Velazquez, a professor at the University of Connecticut and director of the Institute of Latino and Latin American Studies, is the first to lead a political campaign in West Hartford that specifically targets the Latino community, according to members of his campaign.

Overmyer-Velazquez, who has a doctorate in history from Yale and is a Fulbright Scholar was appointed to the town’s Board of Education board in 2011 to fill Clare Kindall’s term and is now campaigning with running mates Tammy Exum and Jillian Gilchrest to retain his seat.

“Always striving for that more perfect union, I hope that my efforts at outreach to the Latino community will build into a more inclusive, democratic involvement of the changing demographics of West Hartford,” he said.

Supporters add Overmyer-Velazquez who is running as a Democrat, is using various outreach strategies to reach Latino voters…