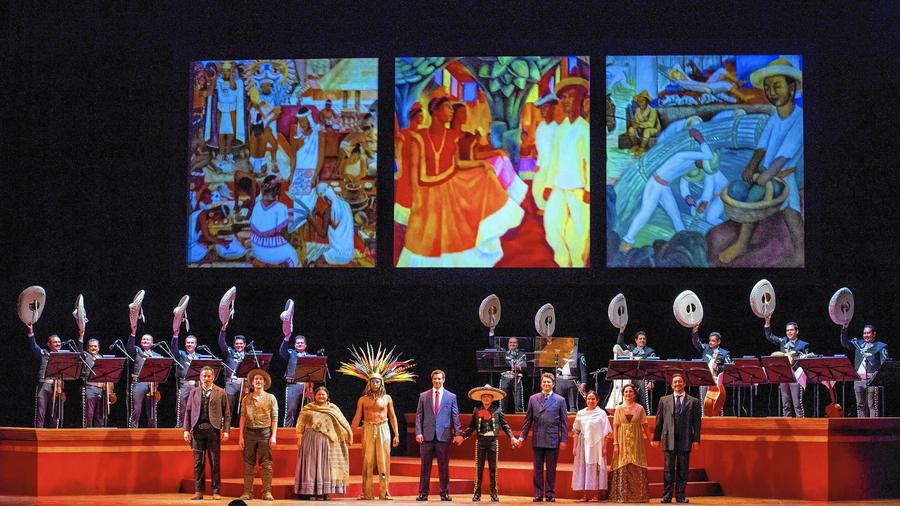 Mariachi is the heart and soul of Mexico. When one thinks of mariachi, they envision family parties, tequila induced laughter and the sound of that high pitched note of the violin that sparks an emotion that is both heart wrenching and joyful. For some, it is a tradition that should not be messed with…unless, of course, it is done in a respectful manner. That is exactly what Jose “Pepe” Martinez and collaborator Leonard Foglia did when they decided to merge two genres with a wide following to create the world’s first Mariachi Opera.

Foglia and Martinez, who performed “Cruzar la Cara de la Luna” (To Cross the Face of the Moon) at Chicago’s Civic Opera House in 2013, are back with a brand new story to tell, “El Pasado Nunca se Termina.” This time the story focuses on the eve of the Mexican Revolution in 1910. It tells the story of two families who find their lives entwined in a way that will impact future generations. The cast of the show was joined by the celebrated 13-piece ensemble, Mariachi Vargas de Tecalitlan, for the world premiere at the Civic Opera House of “El Pasado Nunca se Termina” in Chicago back on March 29.

Vanessa Cerdo Alonzo, who plays Juana, said she understands why people would be confused upon hearing the term Mariachi Opera. “People wouldn’t think it’s a great fusion but it really is. The fusion is just so beautiful because they both tell stories with songs. Mariachi is so passionate and so full of color and so is opera,” she said.

Alonzo was part of M.E.C.C.A., Multicultural Education and Counseling through the Arts and it was through that organization that her love of music began to grow. She was recommended for the Houston Grand Opera and has now been performing mariachi music for 19 years. “I’m very glad because that organization opened doors for me,” she said.

Having traveled all over the world for the performance, Alonzo stated that a lot of the reception is similar but one of the most memorable experiences was in Paris. “The audience there was so diverse. They would come backstage after the performance and they would say, ”This story that you told was my story,” and those applauses were like six to ten minutes long and it was beautiful.”