Latina Lista: News from the Latinx perspective > Media > Videos > Intrn’l Video: Award-winning Latino writer goes to El Salvador in search of family roots and the origin of his mother’s tamales

Intrn’l Video: Award-winning Latino writer goes to El Salvador in search of family roots and the origin of his mother’s tamales 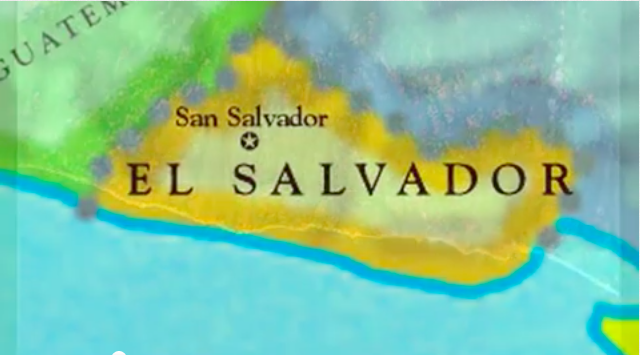 LatinaLista — As the days count down towards Christmas, many Latino families across the Americas will participate in one of the most revered traditions of the holidays — making tamales.

For one Salvadoran American Latino, the quest to discover the roots of his mother’s tamales led him on a journey of profound self-discovery, sadness and understanding.

Filmmaker/writer Marcos Villatoro describes himself as a “pocho” — a Latino halfbreed. His mother left her native El Salvador and eventually settled in the United States where she met Villatoro’s father who was from Tennessee. It was through his mother that Villatoro learned how to make El Salvadoran-style tamales and also the most horrendous tragedy that by the will of God spared his own mother.

When I was seventeen my mother and I stayed up late one night, drinking whiskey and watching an old Bogart movie. At 2 a.m. she turns and says to me, “Hijo. I will disown you for two reasons. If you get married before you graduate from college. And if you ever give away the recipe for the tamales. For either of these, I will disown you.”

Supposedly a Nahuatl Indian woman taught my great-grandmother how to make them in 1908. She taught abuelita, who taught my mother, who taught me. And this is the crux of the story: the Nahuatl Indians were virtually annihilated in 1932, during a three-week massacre that ended the lives of 30,000 Salvadorans.

My mother survived the massacre. Someone hid her in a donkey-drawn cart filled with hay. She lived. And she spent the rest of her seventy years making tamales, back in the old country, and here in the U.S.

As Villatoro travels back to El Salvador to find the origin of his mother’s tamales for his film Tamale Road, he also learns more about the disturbing history of the country of his mother. He learns of the history of massacring the poor. From the 1932 massacre that his own mother escaped to the 1980s massacre in the village of El Mozote where on one night soldiers killed 1700 people in the village, Villatoro learns that while life goes on, no one forgets the past and the past is always present.

Latina Cubicle Confidential™: Latinas in Retail — Is Your Employer Hurting Your Future?
Comment
Hispanics and the Civil War