LatinaLista — Poll after poll shows that a sizable amount of Latino voters are “disenchanted” with President Obama, especially those voters who care about immigration reform and the administration’s lack of will to implement and enforce changes to current policy. 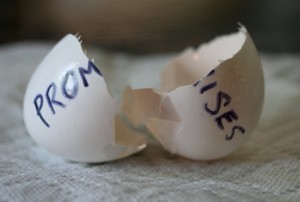 The only thing Obama has going for him is that with every campaign stop of one of the GOP presidential nominees, their desire to please their voter base by blasting undocumented immigrants and immigration reform, is distancing themselves more and more from Latino voters. Yet, even with that slight advantage, it hasn’t been enough to make the Obama camp feel secure that Latino voters will come out for him like they did in 2008.

So, little by little, the Obama administration has been making changes to immigration enforcement policy that they feel will pacify the most discontent of Latino voters. It started in the summer with the now infamous Prosecutorial Discretion memo.

It worked — until reports started surfacing that Immigration and Customs Enforcement (ICE) agents weren’t following the memo. Whether it was a miscommunication between Washington and the field offices or outright rebellion from agents in the field, it wasn’t long before Latino voters felt deceived by the administration.

The longer it went on, the worse the resentment.

All the while, when being pressed by immigrant advocates to trash the Secure Communities program, abolish E-Verify or put a moratorium on student deportations, President Obama retreated to his corner citing how he couldn’t do anything without congressional cooperation.

So, it was welcome news, if not surprising, that President Obama’s administration made a significant change to current immigration policy today.

The new rule reduces the time that undocumented immigrant spouses and children are separated from their American relatives while they try to gain legal status in the U.S.

Although the tweak that officials of Citizenship and Immigration Services are proposing appears small, immigration lawyers and advocates for immigrants say it will make a great difference for countless Americans. Thousands will no longer be separated from loved ones, they said, and the change could encourage Americans to come forward to apply to bring illegal immigrant family members into the legal system.

It’s this kind of change that Latino voters sympathetic to undocumented immigrants have wanted to see Obama exercise, and have been asking all along why he didn’t do these kinds of things before.

And it will work, but only if this rule change is followed through and implemented as promised — and Obama delivers on a couple more promises he made during the last election before he makes any new ones this time around.