Spotlight Nonprofit: Professional photographer uses his skill to create fine art portraits of the poor to raise awareness and money 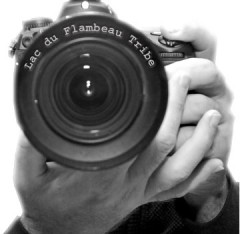 LatinaLista — It’s said that “a picture is worth a thousand words.” Well, Memphis-based photographer, Bill Piacesi, hopes the pictures he’s taking are worth sizable donations to the poor of Memphis.

A fine art portrait photographer, Piacesi was moved by the poor people he would pass along on the streets of Memphis after relocating to the city with his wife. He was disturbed how so many people could just walk by the poor and not give them a second look. So, he had an idea. Why not use his skills, usually reserved for high-paying customers who want fine art portraits, and take beautiful pictures of people caught up in sad situations and then hang those pictures in a public space where others can see them and become aware of their needs.

“In today’s world, I think all of us are one or two paychecks away from being pretty similarly affected by what’s going on,” Piacesi said. “I think it’s not only doing fine art portraits that visually will grab somebody’s attention and make them stop and look, but if we can tell the stories of these people, it could be so moving.”

To accomplish his goal, Piacesi created Focus for the Good. The nonprofit has a three-way mission: 1. Take fine art portraits of the poor to raise awareness of their plight. 2. Teach underprivileged children how to become photographers so they can record their daily lives, develop their own voice and share their stories with the world. 3. Provide affordable photography services to other area non-profit organizations for their PR.

The black-and-white portraits are dramatic in their simplicity and their ability to freeze the subject long enough to spark curiosity from the viewer as to wonder what is the story behind the person.

When people start wondering, asking and listening, only then can positive change begin and the non profit will succeed in its mission of — “Focusing on a better world…one photograph at a time.”