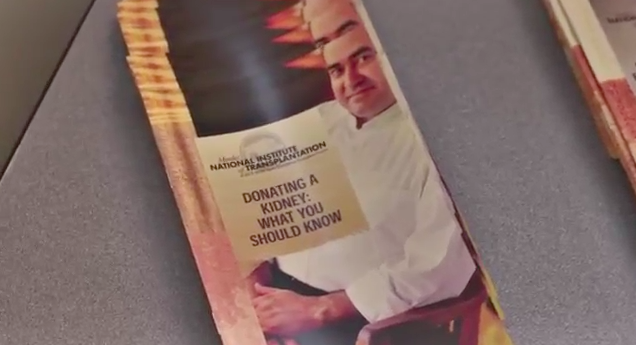 LatinaLista — With the holiday season quickly approaching, most of us will put on hold eating healthy. Unfortunately, for a lot of Latinos, this salute to the holidays will only aggravate such health problems as: obesity, diabetes, high blood pressure, etc.

By themselves, these ‘diseases’ are bad enough but what makes them worse are that when combined they can add up to immediate life-threatening issues. For example, kidney failure.

Research shows that Latinos are more at risk for kidney failure than any other racial group. The American Kidney Fund says 1 in 8 kidney-failure patients in the U.S. is Latino (60,000 people). The main causes, as outlined by the American Kidney Fund, are the same diseases Latinos already battle — diabetes and high blood pressure. While these medical issues alone don’t explain why more Latinos find themselves hooked up to dialysis machines to keep their kidneys going, there is one last contributing factor — not having access to health coverage.

Lack of access to a doctor means ignoring the symptoms of potentially fatal diseases until it’s too late. When that happens, Latinos don’t just face stressful treatment plans to a disease too long ignored but can also face needing an organ transplant.

A new bilingual web series, Fixing Paco, produced by the Mendez National Institute of Transplantation explains what it takes for Latinos to battle kidney disease and how the whole family becomes involved.

Margie Fuentes (Gloria Garayua) a peppy teenager and aspiring doctor leads us on this harrowing odyssey. She deals with the stress by vlogging about her father Paco’s (Paul Rodriguez) journey and the ups and downs he suffers while on dialysis.

The series has already garnered some early buzz and awards but the creators’ main purpose for the show is “to cut through language barriers and to deliver a message of hope.”