LatinaLista — It’s sometimes said, to paraphrase a popular saying, that racism is in the eye of the beholder. That’s certainly the case over the last few years where lawsuits have been filed against universities and businesses implementing diversity initiatives. 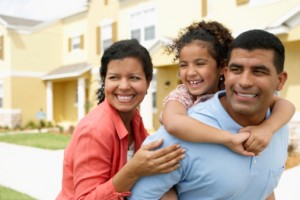 One of the reasons the ones lodging the complaint may not see it as racism is because people of color have historically been marginalized to the point that this kind of treatment is so deeply ingrained in our society that it’s been accepted as just the way things are — by both parties.

There’s no clearer example of this phenomena than in a recent study published by Duke University titled Estimating Racial Price Differentials in the Housing Market.

The researchers looked at five metropolitan housing markets and over 2 million home sales from 1990-2008. They discovered that “Blacks and Latino homebuyers paid about 3.5 percent more for comparable homes” than did whites.

Yet, there’s a mystery with this study — the researchers don’t know why.

The findings did not reveal any clear evidence of racial prejudice or animosity on the part of home sellers, as the premium paid by black and Hispanic buyers did not vary much with the composition of neighborhoods or the race of seller.

The researchers had already taken into account buyers’ income wealth and access to credit so those weren’t factors in why Blacks and Latinos paid more for their homes.

At this point, researchers can only guess as to the reasons. They’re thinking that Blacks and Latinos may not be as skilled in the art of homebuying negotiations, especially if they’re first-time homebuyers or because, as research has proven, they are shown a smaller amount of homes by real estate agents and feel they have to pay more for a house they really like.

Regardless of the reason, the researchers said the findings show that minorities continue to pay higher premiums for housing years after the landmark Fair Housing Act of 1968, which prohibits discrimination in housing transactions based on race, gender, religion and other attributes.

Even with the obvious disparity, the researchers see a silver lining in this study:

“The hopeful news is that we do not detect any obvious pattern of prejudice by sellers, raising the prospects for addressing this issue with better real estate information and practices.”

If real estate agents are already showing a limited amount of properties to these homebuyers and know what homes are selling for in a particular neighborhood but still allow their customers to overpay for a home, it only makes sense that discrimination and prejudice are present, whether it’s conscious or unconscious.

Other findings of the report include: