Looking into the history of the Cuban revolutionary leader Camilo Cienfuegos, who helped combat the military forces of former Cuban dictator Fulgencio Batista y Zaldivar in the late 1950s, I was intrigued to discover that in 1959, Cienfuegos became the second face of the revolution behind Fidel Castro — even before Argentinean Che Guevara and Fidel’s brother, Raul. 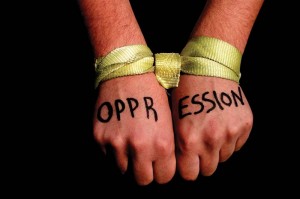 Cienfuegos stood for liberal democracy, that was denied through the Batista coup in the 1950s, and for social justice for the Cuban peasants, in the same credo as Fidel in his rise to power.

After Cienfuegos’ “disappearance,” the political discourse changed and the Castro brothers, along with Guevara, went straight to the radical left into the Marxist-Stalinist socialism that continues into 2013 where there is a one-party system, no free elections, lack of proper health care for the average Cuban and its non-Communist party members, lack of basic supplies such as toothpaste and soap, and inadequate tools and living conditions for its poor.

Today, the average Cuban earns $20 a day and the grievances of non-violent hunger strikers have been met with indifference and deaths.

A recent report on Cuba shows that repression on the island is used as regularly as a handshake.

According to a Committee for Human Rights and National Reconciliation, or CCDHRN, report, government-led repression rose by 60 percent from the previous year for a total of 6,602 political detentions.

In December, the arrests ranged from several hours to several days and it reached 567.

The report also said the number of political prisoners “convicted or awaiting trial” in Cuba increased from 65 to 82 over the past months.

Among the U.S. Cuban exile community, there have been many voices denouncing each other for the past practices of assisting Fidel Castro and the revolutionaries into power and having a hand in creating the madness that exists today. Some do not forgive, and it is understandable.

However, as we observe today’s 54th anniversary of the march to Havana and the rise of the tyrannical and dictatorial dynasty of the Castro brothers, we should not fall silent over the increase of oppressive tactics over the last year.

Instead, we should forgive ourselves for our past mistakes in propping up a tyrant and unite to finally stop the madness, the bloodshed, the indifference, the poverty, the hunger, the pain, the division of families and create a true, working democracy on the island by pressuring our Congressional leaders, all over the United States, to work on a reasonable solution to a Cuba far removed from what early idealists could have imagined.

Alain Castillo, a first-generation Cuban-American, is a freelance contributor for LatinaLista. Castillo lives in Dallas, Texas.

Cancer and Insurance: A Latino’s Story
Comment
Video: Filmmaker set to trace the Afro-Latina experience from before the slave trade to present-day