Pro-Life But Anti-Protection Of Fetal Health?

Just in time to ring in 2012, on December 30, judges on a panel of the US Court of Appeals in Washington agreed with some power companies to stop the implementation, at least temporarily, the Cross State Air Pollution Rule. This delay could cost Americans a year of cleaner air. It blocks pollution reductions that would save as many as 6,600 lives in 2012 alone, to say nothing of billions of dollars in health protections. 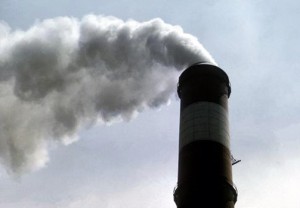 The year also closed out with the news that global warming, a problem of world-shattering proportions, didn’t merit much news: an analysis by The Daily Climate found that media coverage declined 20% from 2010 levels, and nearly 42% from 2009’s peak. And we have been hearing from Political Voices who deny the reality of global warming and claim not to “believe” the science that is measuring its growing impacts.

One Political Voice rang in a new year by ripping into the Environmental Protection Agency’s new Mercury and Air Toxics Standards; they were 21 years in the making, and thoroughly vetted in peer-reviewed studies. Oddly, this potential leader claims that the regulation of mercury, a potent neurotoxin, was “absolutely ridiculous” and “not based on any kind of science.”

And this Political Voice is pro-family and pro-life. Just a week earlier, with true Christmas spirit, the U.S. Conference of Catholic Bishops declared that the new national mercury standard was “an important step forward.” The bishops understand what scientists have proven: “Children, inside and outside the womb, are uniquely vulnerable to environmental hazards and exposure to toxic pollutants in the environment,” said Bishop Blaire, the chair of the Committee on Domestic Justice and Human development of the U.S. Conference of Catholic Bishops.

How about a few New Year resolutions to clarify matters?

1.Science is not a matter of belief. That’s what faith is for. And we can’t cherry-pick the science when it suits us. Any educated candidate for president should have a grasp of the basic science of air pollution, the greenhouse effect, and humankind’s contribution to it.
2.Faith is not a matter of evidence; that’s what science is for. And we can’t cherry-pick faith when it suits us. Any person of faith who claims to believe in the sanctity of human life as God-given should pay attention when humankind jeopardizes that life. If you’re going to protect fetal rights, then by all means pay attention not only to abortion, but to pollution and other poisonous actions.

Happy New Year, everyone. Back to business as usual.