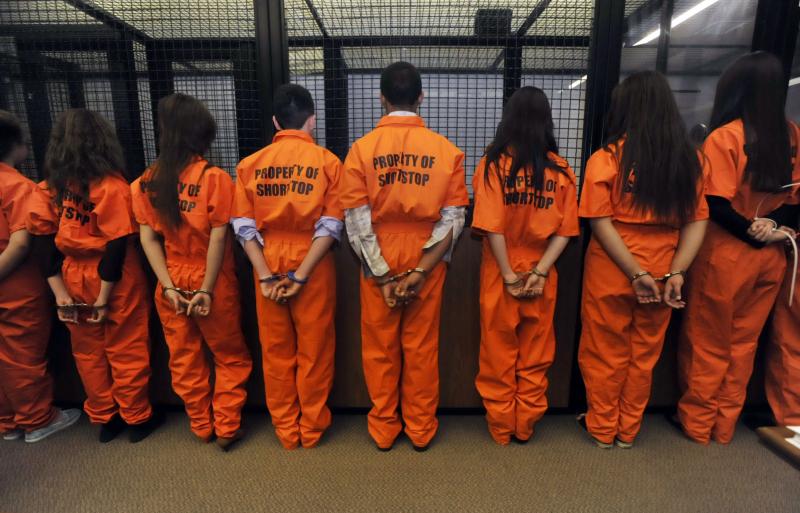 LatinaLista — Juvenile delinquents already have several marks against them by the time they’re put into detention but a new study from Northwestern University’s Feinberg School of Medicine found, that upon their release, these children’s future is far likelier to have a deadly ending.

Delinquent juveniles have a greater chance of dying a violent death, usually from gunfire, than did “troops in combat in wartime Iraq and Afghanistan,” according to the study.

The study found that death rates for delinquent youth, ages 15-19, were twice that of the combat troops. Surprisingly, one group of delinquents was especially vulnerable to a violent death — Latina teens.

Researchers found that Latina delinquent teens had the highest chance of dying a violent death, more so than boys or girls from other ethnic groups.

The data, taken “from the Northwestern Juvenile Project, a longitudinal study of 1,829 youth (1,172 males and 657 females, ages 10 to 18 years at baseline) who were detained at the Cook County Juvenile Temporary Detention Center in Chicago between 1995 and 1998,” revealed three risk factors that predicted a deadly end to the lives of juvenile delinquents: drug dealing, alcohol use disorder, and gang membership.

The report’s authors feel that the three reasons are not totally separate from one another.

Many delinquent youth commit crimes because of untreated psychiatric problems. For example, they may abuse drugs to self-medicate for depression, and then sell drugs to afford them, said lead author Linda Teplin, professor of psychiatry and behavioral sciences at Northwestern University Feinberg School of Medicine.

Realizing that children of color may be especially at risk for mental health issues due to their environment, drug use, exposure to violence, gang activity, etc., police and fire departments are beginning to train their officers on how to diffuse situations where children are suffering more from a mental health crisis than committing a crime, and steer them towards getting the proper help.

“These youth may have fallen through the cracks of the health care system into the juvenile justice net,” said Teplin. “We should avoid the stereotype that delinquent youth are just bad kids. Many are not hardened criminals; but once detained, they are on a path fraught with risk.”

The children who sued Guatemala — and won, but are still hungry
Comment
Intrn'l Video: Small film triggers big conversation around issues of intolerance and discrimination