Latina Lista: News from the Latinx perspective > Media > Videos > Viernes Video: Pulitzer prize-winning journalist takes his story of being an undocumented American to the big screen

Viernes Video: Pulitzer prize-winning journalist takes his story of being an undocumented American to the big screen 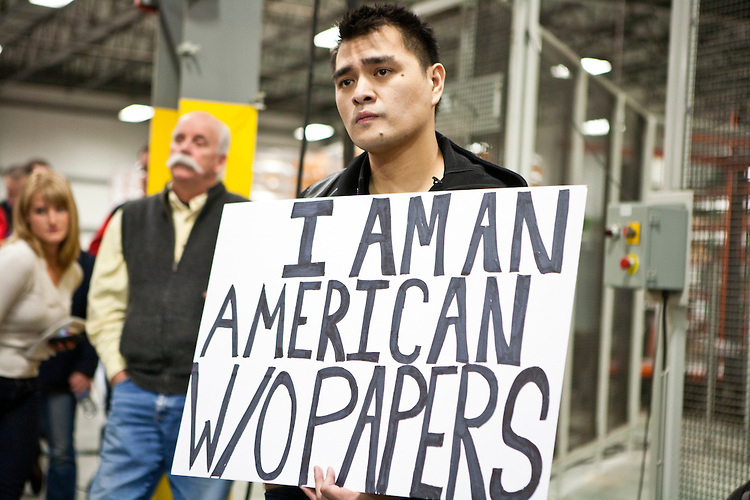 LatinaLista — Jose Antonio Vargas, a Pulitzer prize-winning reporter born in the Philippines, stunned his journalism colleagues when he announced in 2011 via the New York Times that he was undocumented.

Since that life-changing moment, when the world, his friends and co-workers, learned his secret, Vargas has been doing everything but keeping a low profile. From appearing on cable news shows to being photographed for the cover of TIME magazine to testifying before Congress to creating his own website to his latest project — a documentary, Vargas has been busy reminding the American public that he is among 11 million people who want to come out of the shadows and be fully American.

Vargas wrote and directed his documentary, Documented: A film by an undocumented American. It was an idea that he was working on before he even announced to the world his citizenship status.

“To be honest, this was not the film I sought out to make,” Vargas said. “My original plan was similar to Davis Guggenheim’s ‘The Dream Is Now’ and make a film on “DREAMers.” But after sending a film crew to the Philippines to document my own mother, whom I haven’t seen for almost 20 years, the film took a different turn — I didn’t want it to go there but it had to go there. The film travels from the Iowa caucuses, the historic city of Birmingham, Alabama, to the provinces of the Philippines where I was raised. The film also covers a lot of ground–from the importance of citizen allies to the coming out of “DREAMers Moms.”

Vargas’ personal story is already riveting attention. “Documented” has been chosen as the centerpiece film at this year’s AFI Docs festival in D.C. — a fitting location given that what is being debated on Capitol Hill will impact his future, along with, all other undocumented Americans.