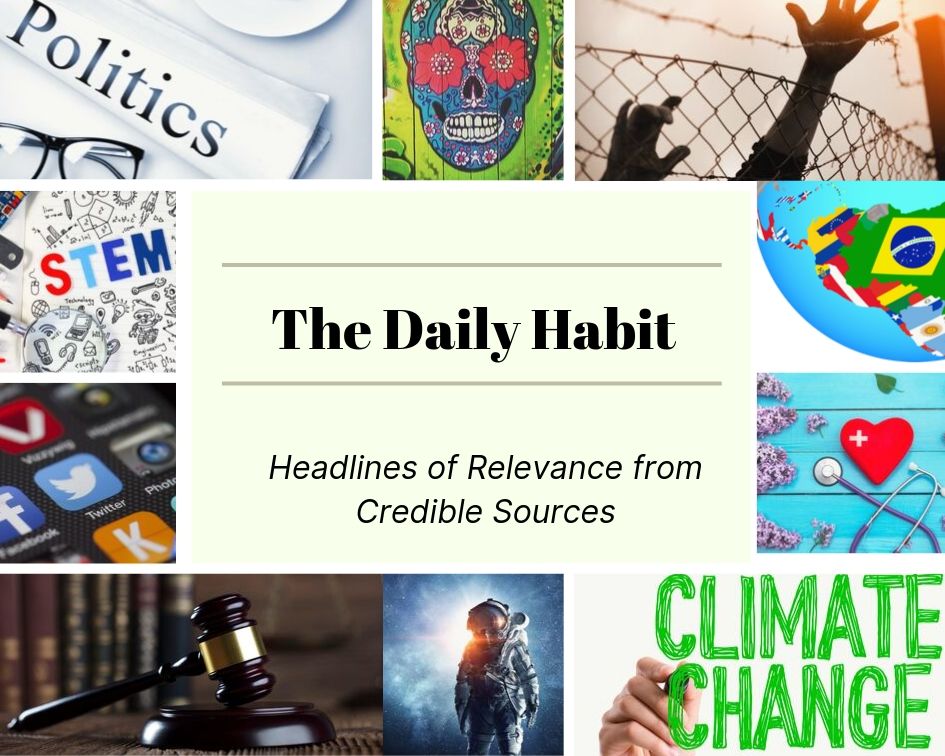 The countdown to Christmas officially begins for many of us, as well as, Trump’s impeachment trial. Yet, our main focus this week should be on Madrid, the last-minute site for the international gathering for the Conference of Parties for the Convention on Climate Change or COP. With the US surrendering our global leadership role, and more dire research surfacing on climate change and its toll on humans — it’s estimated by Oxfam that 20 million people a year are forced to flee their homes by climate crisis — it is a pathetic retreat from global issues that have a bigger impact on the US than this administration and their deniers want to believe. It leaves only one thing of any of us to do – pick up the slack ourselves and start promoting conservation and a ‘green’ lifestyle.

In other news: In another stark example of how little empathy the Trump administration has for the other 99%, new administration rules will leave 3.7 million Americans without this; New study shows what happens when poor families are given money; Why are scientists racing against time in Puerto Rico to document this part of island history; and This Central American country is celebrating 71 years without an army. Go beyond the headlines…

Christmas tree shopping is harder than ever, thanks to climate change and demographics

Too Much Sleep Increases Cognitive Decline in Latino Communities