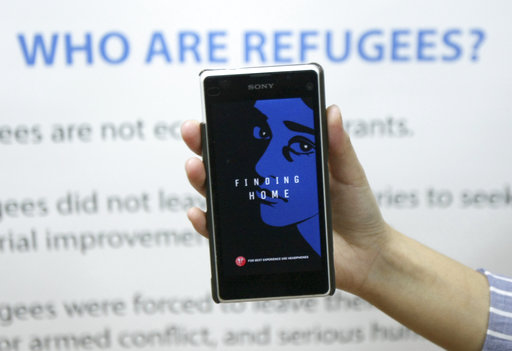 LatinaLista — Every 60 seconds, 20 people leave their homes, belongings and communities behind to escape persecution, violence or war. They are known in the global community as refugees.

A day doesn’t go by that there’s not a news headline reporting on the sad reality of another boat capsizing in the Mediterranean, another child washed up on shore, the dismal conditions of refugee camps, or the capture of men, women and children trying to enter another country without the right papers.

This onslaught of media attention on refugees isn’t because of social media but because the world is witnessing the world’s worst refugee crisis in history. Over 65 million people have been “forcibly displaced” from their homes because of war or violence at the end of 2016. It’s a 300,000 increase from the year before.

And yet, far too many people can’t grasp the anguish, desperation and fear that drive the refugees to leave everything behind in search of a peace that doesn’t exist anymore for them, if it ever did.

Instead of treating refugees with a deserved sympathy for the hardships they must endure, some countries are outright blocking their legal entry into their nations or act surprised when their citizens behave violently towards immigrants already living in their communities.

So, on this annual international observance of World Refugee Day, how can empathy or even sympathy be developed among those citizens who can’t relate to the refugees’ experience?

Well, there’s an app for that.

The app allows the user to see the refugee experience through the eyes, and phone, of a fictional 16-year-old Myanmar refugee named Kathijah (Kat) trying to find a new home in Malaysia.

Via the app, users take over Kat’s phone by seeing and answering her calls and texts. They get to know Kat in a way most of us get to know strangers we meet on social media these days — looking at their photos.

“The refugee story is often a deeply personal one and difficult for people to understand,” Richard Towle, UNHCR representative in Malaysia, said in a statement.

“We hope that this application will allow a viewer to walk a mile in a refugee’s shoes in order to understand what they go through every day in order to find safety,” he said.

The photos build a bond between the user and Kat and the dire texts she receives from family members and friends running, hiding and escaping the perpetrators are enough to make a user forget that this is make-believe — and that’s the whole point.

Refugee or migrant? Sometimes the line is blurred
Comment
The Maya Codices: The Precious Remaining History of an Eradicated Civilization