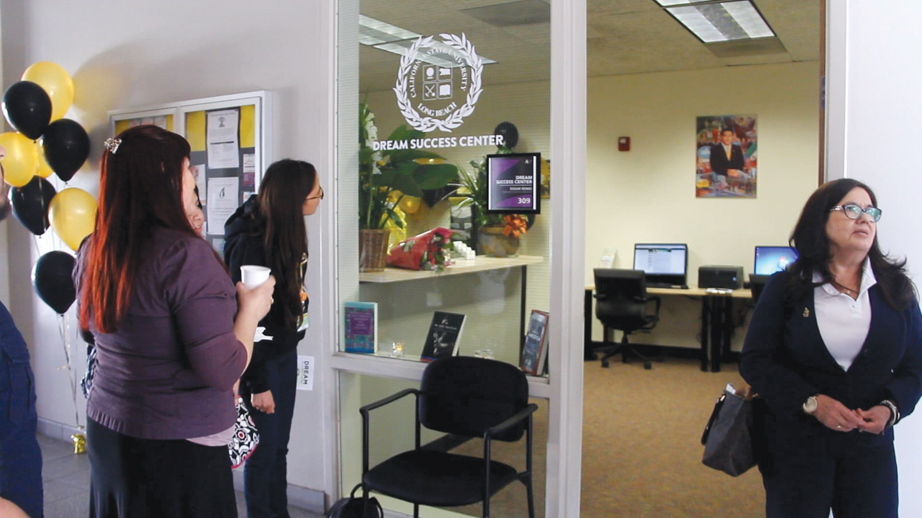 The aggressively broad enforcement of Trump’s immigration policy has some Democrats worried so much that they’re imploring the White House to remind schools they must educate undocumented children.

However, it may be more for Trump’s benefit Democrats are calling attention to this fact than scolding the schools themselves. The majority of the nation’s public schools are attended by Latinos, in those cities where Latinos comprise a sizable presence. School educators already strive to assure students that their school is the one place, away from home, where these students can have a safe place while still learning.

While it’s always been true from high schools on down to the lower grades, undocumented college students haven’t always automatically gotten that same reassurance from university educators — and these are the students who may need it the most.

It goes without saying that students’ success in college — and the opportunity to put degrees to work — benefits our own economy tremendously. In an age where a new global job market is demanding that tomorrow’s labor force be equipped with specialized skills that only higher education, either vocational or academic, can deliver, it’s important students finish school with degree or certification in hand.

But the stress of being undocumented takes a big toll on students at any level.

There’s news that more and more colleges are setting up resource centers specifically for undocumented students.

From Harvard to the University of Utah, colleges are working to support undocumented students fulfill their educational goals, though most are trying to do it under the radar so as to not lose their federal funding.

Some may argue why invest in a pricy education for someone who may end up being deported? The reason is clear — education travels with a person.

Whether a student is granted a reprieve and allowed to stay in the U.S. or deported, he/she will take their education with them and will, at least, have the tools and skills within themselves to critically analyze a situation, create solutions and enrich whichever country they’re living in.

It’s to the U.S. advantage that college graduates work with our southern neighbors to help elevate their economies so less of their people see the U.S. as a fulfillment of their own economic dreams.

The ideal scenario would be to allow undocumented students to work and live in the US after graduation but regardless of the political outcome, these students, who will have finished their degrees, will be better prepared for a future that is uncertain for us all.

colleges, education, immigration, undocumented students, universities
Previous Post Study: Latinas Don’t Eat a Healthy Diet Before Pregnancy
Next PostEducating children in Guatemala before they decide to migrate to the US border

Study: Latinas Don’t Eat a Healthy Diet Before Pregnancy
Comment
Educating children in Guatemala before they decide to migrate to the US border