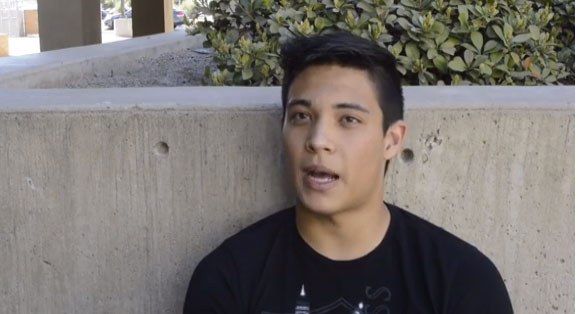 EL PASO — Eight years ago, when 24-year-old Rosalie Aguirre moved from Durango, México to El Paso to receive an education, she had no idea of the multiple steps she would have to take to receive a bachelor’s degree.

After being held back one year at a local high school because of the language barrier, she decided to attend a two-year community college in El Paso first and then transfer to a four-year university.

Aguirre, who currently studies social work at El Paso Community College, said: “I was scared at first of going to a big university, so I decided to go to EPCC because they said that it was the best place to start.”

Aguirre has recently received her acceptance letter from The University of Texas at El Paso and she plans enroll next fall to obtain a bachelor’s degree in social work.

A recent study by Pew Research Center researchers Richard Fry and Paul Taylor shows that in 2012 the percentage of Hispanic high school graduates enrolling in four-year colleges or universities nationwide was higher than the number of white students enrolling in college after graduating from high school.

According to the Pew data, about 69 percent of Hispanic students enrolled in a college or university compared to 66 percent of white students.

As indicated by information provided by UTEP, there are three interrelated factors that contribute to the increase of Hispanic student college enrollment…

(Featured Photo: Christian Samble, a freshmen student who enrolled at EPCC during the fall semester of 2012, said he plans to transfer to UTEP later on. Photo credit: Jessica Salcedo)