Latina Lista: News from the Latinx perspective > Culture > Only shrine in U.S. dedicated to patron saint of immigrants lies in the heart of anti-immigrant territory

Only shrine in U.S. dedicated to patron saint of immigrants lies in the heart of anti-immigrant territory 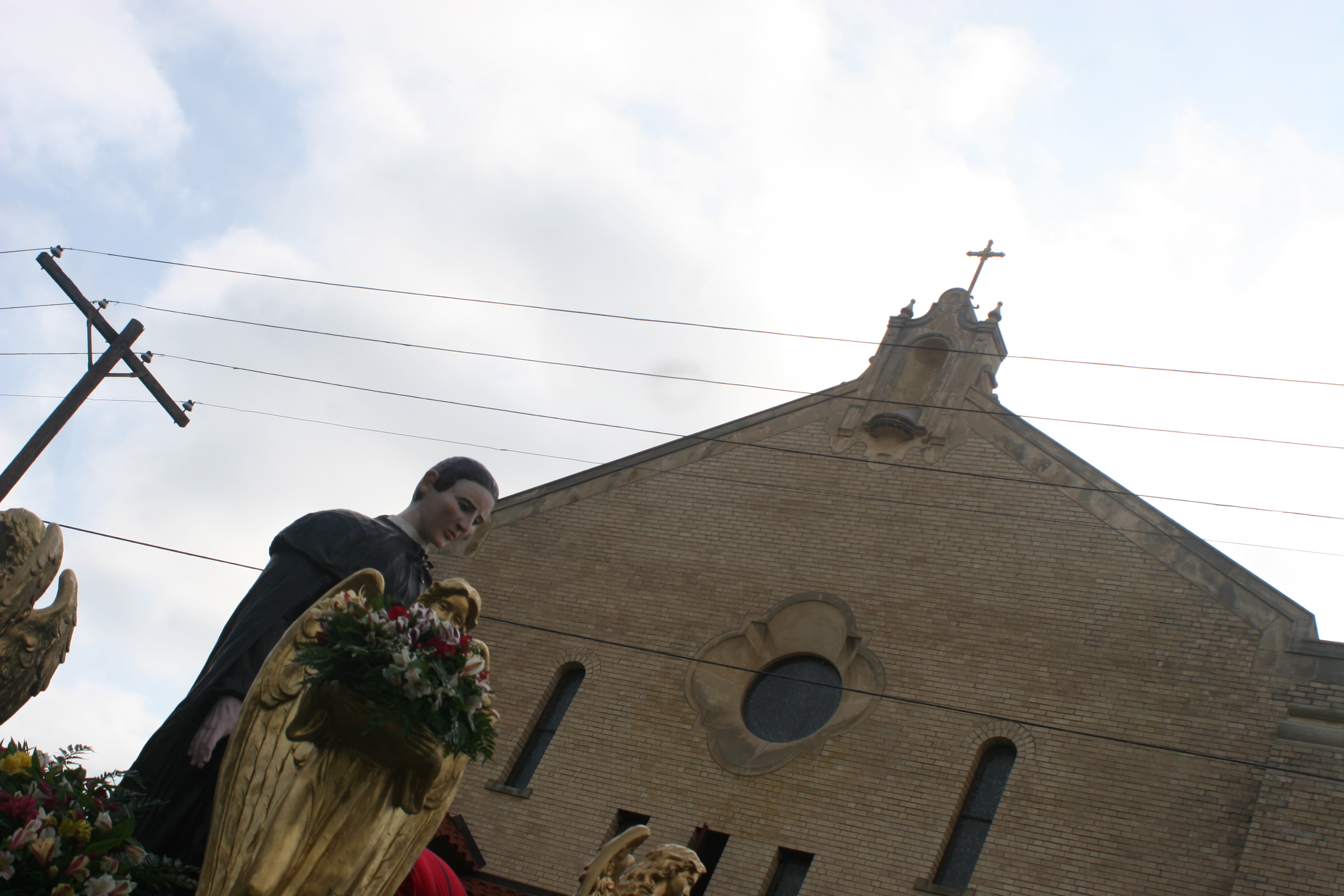 Saint Toribio Romo, patron saint of immigrants, arrived in Tulsa, Oklahoma with no papers on May 21, 2008.

“He did it like many other immigrants have done it before,” said Simón Navarro, president of the cultural organization Casas Guanajuato, as he was finishing last-minute details of the annual procession for the young priest who has been credited with helping immigrants in miraculous ways.

“Bringing the image of Father Toribio to the United States was very difficult. Too much paperwork,” explained Navarro. “We had a deadline and the Bishop of Tulsa [Most Rev. Edward Slattery] was waiting for us. We could not wait for papers, so Father Toribio crossed the border without them.”

The 6-foot image and a precious relic — a small bone piece — of the saint had a long trip. Indeed, an 800-mile journey led by four immigrants.

“I am a U.S. Citizen,” said Navarro, “but I am still an immigrant.” Navarro gathered three friends to pick Santo Toribio up: A permanent resident, a tourist and a temporary worker. “I wanted to showcase the diversity of our immigrant community,” he said. “All of them were from Guadalupe, so they know the area very well.”

Navarro explained that drug smugglers use religious statues to hide their shipments. And because of that, customs authorities requested an X-Ray proof, among other papers. “We did not have it. As a matter of fact, we did not have anything at all,” he said. “The officers just reviewed our passports. No questions asked. They did not even look in the back of our truck. I truly believe Father Toribio helped us. He really wanted to be in Tulsa.”

On May 21, 2008, Bishop Slattery welcomed Saint Toribio to Saint Peter and Saint Paul Church, located in Northeastern Tulsa. He immediately signed a special proclamation establishing the church as the Diocese Shrine of Saint Toribio Romo, Patron of Immigrants — the only one in the U.S. Then, four days later the very first procession was celebrated. More than one thousand parishioners and believers from different parts of the country got together.

“H.B. 1804 [Oklahoma Citizen and Protection Act of 2007] is the reason we have an image of Saint Toribio Romo in the middle of the United States,” said Rev. Fr. Tim Davison, pastor of Saint Peter and Saint Paul Church, who was holding a shining little wooden box with the special relic of the saint. “Adversities also bring opportunities. H.B. 1804 is a severe immigration law. Our community did all they could to fight against it. At the end of the fight, they only had God, the Church and of course their saints. In this case, who could be better than Saint Toribio Romo, Patron of Immigrants.”

Almost two thousand people walked 4 miles last May 25 to celebrate the fifth annual procession in honor of Saint Toribio. The temple, located at 1436 N. 67th E. Ave., in Tulsa, is the only place in the nation dedicated to the martyr of the so-called Cristeros revolution.

Who was Toribio?
Toribio was born in Santa Ana, in the state of Jalisco, Mexico on April 15, 1900. He was a very disciplined altar boy and was known for his religious fervor and the meticulous routine with which he carried out his duties.

He was ordained a priest on December 23, 1922. Right after, he celebrated his first mass in the same church where, as a seminarian, he had dedicated himself to La Morenita, the dark-skinned Virgin of Tepeyac, Our Lady of Guadalupe. His mission was to establish catechism classes. He founded centers, commissioned catechists and organized collective communions.

Religious persecution targeted the Catholic Church at that time. Toribio was asked to be in charge of a parish in the town of Tequila, a location refused by many priests. It was simple: being the parish priest in Tequila was signing a death warrant. He left for Tequila to fulfill a mandate that would lead to his martyrdom.

Toribio used an abandoned factory as the center of his activities. He was killed by federales on February 25, 1928. Pope John Paul II raised Toribio to the altars on May 21, 2000. His remains are located at the Santa Ana de Guadalupe Church, in Jalisco, Mexico.