Latina Lista: News from the Latinx perspective > Columns & Features > BlogBeat > What salsa dancing has to do with language learning

What salsa dancing has to do with language learning 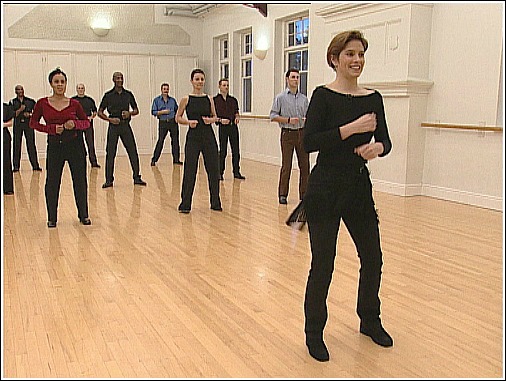 As a linguist focusing on language and globalization, I became interested in the language use and linguistic identity of Spanish speakers abroad. Surprisingly, in countless Google searches on Spanish users in Europe and Australia, the majority of websites I encountered were not by native Spanish speakers but by people engaged in salsa dancing, in organizing salsa parties or in running salsa dance schools.

In a subsequent ethnographic study of this phenomenon, I came across a swarm of salsa-dancing native and non-native Spanish speakers who were a bit like the hornet’s nest to traditional accounts of language and identity. My research focused on language, identity, and concepts of language in salsa communities in different places around the world. It proved that my internet hits had not been a random exception but rather an illustrative example of how language, culture, territory, and identity are not only deconstructed but also reconfigured anew in contemporary, globally interrelated urban life-worlds.

As the life-worlds of any context are affected by an increase in transnational ties, it is obvious that many languages have widened their scopes — territorially (to different places) and culturally (to different forms of social interaction). Linking this to language learning, in which, as one may argue, the ultimate goal is to verbally communicate with members of the social world in which the language in question is spoken, we have to consider that these members and worlds are not only found in the country of origin of the respective language, nor are they necessarily connected to the language by birth or heritage.

Of course, languages continue to be referenced by the “traditional” locations they are associated with. Consider, for example, the images linked to the language sections on languagemagazine.com, where Big Ben represents the “English” section, a Flamenco dancer the “Spanish” section, and the Eiffel Tower the “French” section. Despite the obviously iconic character of these images, such traditional and national associations seem nostalgic, maybe even have ironic overtones, in contemporary societies.

Looking again into salsa communities, one may wonder why a lot of the non-Hispanic people I met during my research were vitally eager to learn Spanish, to an extent that some dancers argue that “you have to speak the language, definitely” and salsa teachers maintain that it is a “frequent pattern” that their pupils “not only learn salsa but also have started Spanish lessons” (quotes from interviews).

Interestingly, however, this interest in Spanish depends on the style of salsa that is danced, with Cuban-style salsa dancers typically being the most active language learners — at least in the context that I have observed. This is related, above all, to Cuban-style salsa being constructed as a culturally “authentic” form of Salsa dance, differentiated from other styles that have more of a focus on performance and competition.

In these particular salsa communities, there seems to be an enthusiasm for Spanish that goes beyond the concept of language as a tool for communication, or as a device that is an asset on the job market. Rather, a lot of these salsa aficionados personally identify with the Spanish language and regard it as part of their personal identity.

Obviously, this is not an “ethnic” Hispanic identity but the identity of someone who connects to a transnational “fun-loving,” “open-minded,” “preferring friendship to money” community (again these attributes are taken from qualitative interviews with salsa dancers). It is also a kind of identity that may be interpreted as “cosmopolitan”, indicating access to a cultural level beyond local confines and an understanding of more than just one culture and language, and indexing that one is able — and has the material and immaterial resources — to move freely in different cultural contexts.

In its function to represent access to cosmopolitan identity, speaking Spanish here therefore also has a function in terms of belonging to a transnational upper-middle class.

It is enlightening to observe that many of the salsa-dancing Spanish learners I met had been extremely successful in their attempts to become fluent in the language. Despite not generally being the medium of communication in the contexts I observed, Spanish is a frequently heard language in dance schools and at parties and is sometimes also used among non-native Spanish speakers.

Thus, Spanish is not only used in cross-cultural communication, it is appropriated by people who do not have an ethnic “birthright” to the language. So, studying language use and language learning in transnational, non-ethnic communities not only leads to insights regarding new structures of identity formation — it also inspires to reconsider the relevance of personal identification and cultural connectedness in language acquisition.

The seemingly frequent success in language learning of people who dance salsa and learn Spanish may have to do with the identificatorial opportunities that salsa communities, as non-ethnic communities, offer. Although it is no decisive prerequisite for being a member of a salsa community, I was often told that people who are expert dancers or “truly” belong speak Spanish.

Whether these “in-group” members were native or non-native speakers was, obviously, not completely irrelevant, but it was not a condition on which membership was defined. Potentially, the possibility to “belong,” to “really be part” (and to tacitly overcome ideologies of the “native speaker”) are crucial elements in the energy that salsa dancers invest in language learning, and also in the often highly positive results with regards to the ability to converse in Spanish with ease.

Such observations link to other studies on language learning and desire, and the general relevance of social discourse in motivation in language acquisition. For example, Kimie Takahashi’s study on Japanese women’s language-learning strategies illustrates how gender, politics, ideology, and popular culture play into the personal motivation to acquire a language, which is here demonstrated not to be a static personal trait.

Japanese societal ideologies that construct Western, Caucasian men as ideal romantic and sexual partners positively affect the motivation to learn English. These ideologies are embedded in wider social and also global discourses which render Anglo-American culture and language dominant. Yet, in their language-learning process, the aspirations of Takahashi’s informants are sometimes disappointed, as discourses on “really belonging” and on “being native” in Australia (where their desire for English and an English-speaking partner had brought them) hinder some of them becoming what they strive for.

The construction of belonging based on heritage or “native” competence may be a factor that is generally detrimental to the acquisition of language, if one assumes personal identification and cultural connectedness to be relevant in motivation, and in the development of successful acquisition strategies (a factor that should also be considered in the language education of immigrants).

To summarize, language is acting in the social world — and this world has changed, which has made language learning more crucial but also more accessible. Languages are no longer solely tied to the country where they have originated. This requires that languages can become tied to non-ethnic communities and can also symbolize non-territorial aspects. Depending on the local context, national discourse, and personal background, multilingual competence can, for example, denote access to cosmopolitan spheres (but it can, of course, also mean belonging to a marginalized group of speakers).

The crucial point is that many languages no longer relate only to the culture of origin of the language but are appropriated anew in different local contexts. This may make life more complicated, as in the question of which standard to teach or which variety to accept as “correct” or “authentic.”

Yet, on the other hand, assuming that personal identification with a language is crucial to developing an intrinsic motivation to learn it and that a personal dislike or detachment may even make language learning more difficult, the global spread and appropriation of languages creates fresh opportunities for teaching and learning. An increased openness and the development of non-essentialist communities enable learners to “belong” in new and different forms.

In this context, making language learning meaningful to students is vital. Strategies to support this can exploit the often locally available linguistic resources — in London, you can see Big Ben and still learn Spanish, and in Berlin, you don’t need to travel to become part of a local English-speaking community.

Aside from the often vibrant migrant communities, there will be locally active aficionados of different cultures and languages, and of culturally connoted leisure activities in any urban context. Consider, for example, www.meetup.com, a platform for finding people with similar interests, where language groups are frequent.

Online resources are of course also wonderful platforms to access the myriad ways in which people make language relevant for themselves. Different music styles are another great way to exploit symbolism of language beyond traditional accounts of language and culture that can help students to positively identify with a language they are learning.

In all this, students can become members of local–global hybrid communities, in which, presumably, ideologies of “native” competence and ethnic belonging are not necessarily central and where the language in question can therefore become part of their own personal life-worlds.

Britta Schneider is a researcher at Freie Universität, Berlin. She completed a bi-national PhD at the University of Frankfurt and at Macquarie University Sydney on language ideologies in transnational salsa communities. Her main research interests are language and globalization, linguistic ethnography, language rights, language and gender, and the epistemology of linguistics. Her latest book is Salsa, Language and Transnationalism (Multilingual Matters, 2014).

communities, language, salsa
Previous Post Trail for Humanity ends in San Ysidro with “lots of love”
Next PostAll it takes is the right outreach for Latino voter turnout