Trail for Humanity ends in San Ysidro with “lots of love” 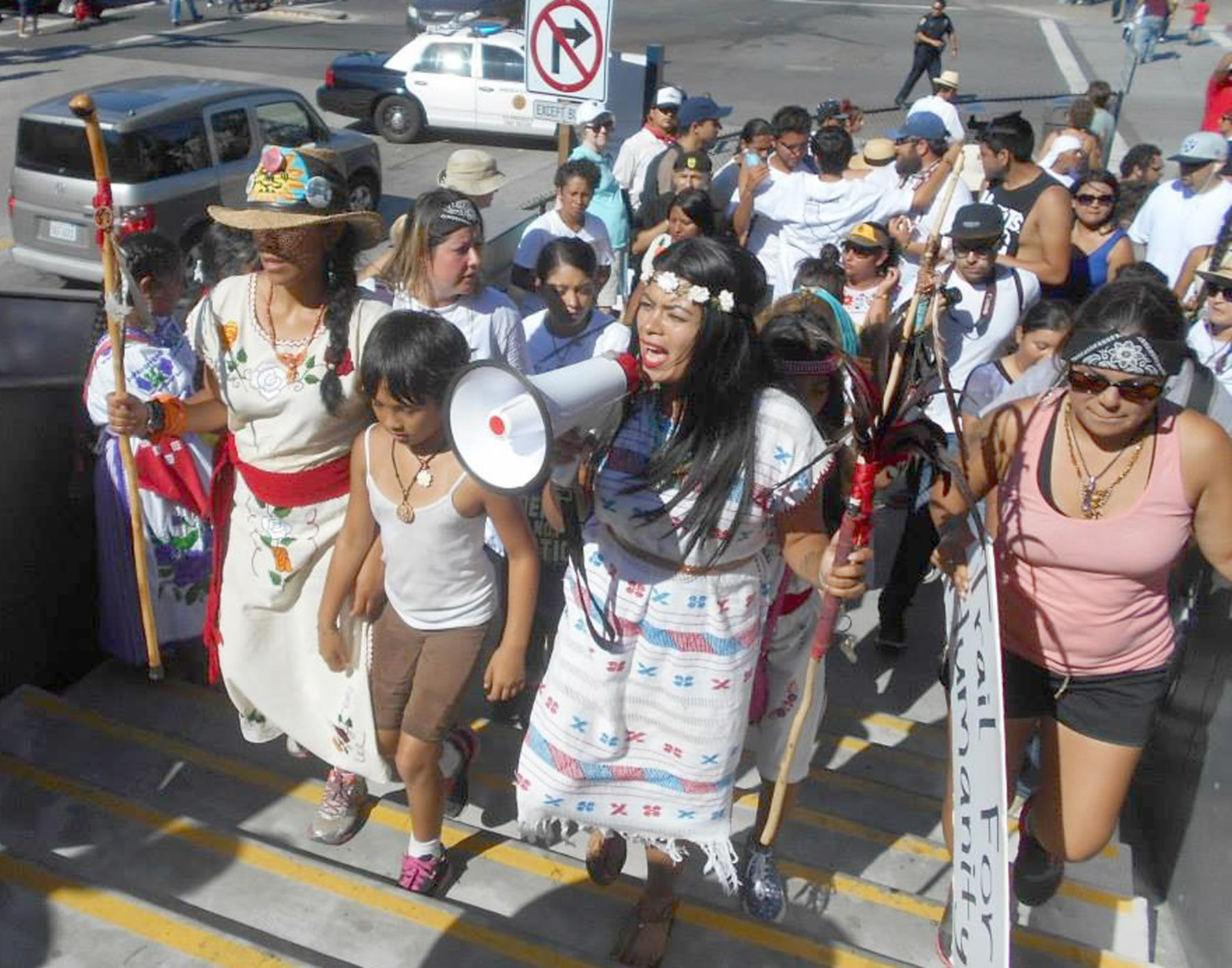 A group of women and children on a mission to create awareness on immigration issues from California’s Central Valley to the border was greeted and welcome by some 100 people in Chicano Park, in Barrio Logan, and later continued on to San Ysidro.

A Trail for Humanity finalized its 400-mile journey from the agricultural city of Merced to the U.S. Mexico border in San Ysidro on Saturday, August 16th, in what San Diego activists are calling a great cause.

“San Diego, Chula Vista, and San Ysidro responded with lots of love and support and it was an honor and a privilege to have been able to join the Trail For Humanity as they reached their goal of getting to the U.S./Mexican Border,” said Bertha Gutierrez, one of the San Diego activists who met the trail in Barrio Logan.

Gutierrez said that the trail has shed light in many issues around immigration, issues that affect many families in our community.

“The Trail for Humanity sent a clear message, that all children are sacred, and that it is our duty and responsibility to pressure the Obama administration to put a halt to deportations of refugee children and migrant families,” Gutierrez said. “And to demand that the children and families are treated in a humane and dignified manner respecting the national and international laws put in place to protect them, not separate them and deport them back to the extreme poverty and deadly violence that they came from.”

The final leg of the march…

Featured Photo: Trail for Humanity members were joined by San Diego activists near the San Ysidro border to shed light on immigration issues.

Guest Voz: There's a reason why I left Puerto Rico
Comment
What salsa dancing has to do with language learning