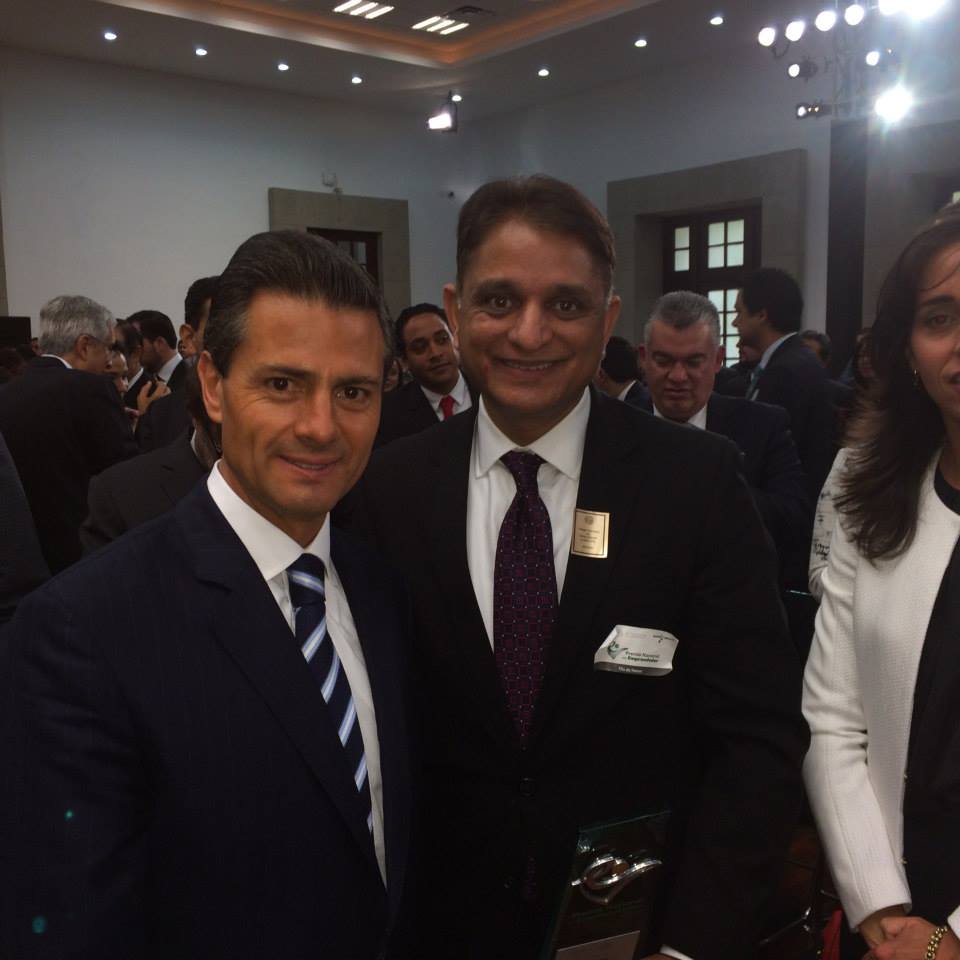 A Texas-based entrepreneur says that Mexico has amazing potential to be a global hotbed for IT workers. And, if the right amount of investment is made there, a startup and entrepreneurial ecosystem could thrive.

Mexico could be an unparalleled global destination for technology workers, something that Austin-based IT solutions entrepreneur Anurag Kumar believes would change the country’s economic future.

“There’s a lot of talent sitting next door,” Kumar, the CEO of iTexico, told Más Wired. “There’s a huge opportunity for Mexico to bring good paying jobs, infrastructure. I think the return is going to be very high if the government of Mexico can invest in more IT, tech training.”

Kumar should know. His company, iTexico, was recently awarded the 2014 National Entrepreneurship Award (Premio Nacional del Emprendedor) for making a “positive impact” on the Mexican economy. In just a few years Kumar has grown his company to nearly 100 employees, most of who work out of iTexico’s Guadalajara, Mexico office.

Focusing on building mobile apps and providing tech staff, iTexico does a variety of tech work for various companies. But what differentiates iTexico from other companies Kumar has founded is its focus on Mexican tech talent, which he says is a talent pool with many more advantages than other foreign IT options.

Kumar is adamant that Mexico has so much potential to be an IT powerhouse; already, according to a white paper he co-authored on the subject, the country is fourth in the world for providing IT services. Compared to working with teams in other countries, Mexican IT workers are more culturally competent, can travel more easily and the country’s entrepreneurial ecosystem is exploding, Kumar said.

Finally, because of NAFTA and the current immigration system, there’s no need to deal with the rigorous process of obtaining visas for Mexican IT workers, he said.

What Mexico, and the U.S. as a consumer of its IT services, could really benefit from would be a large corporation building offices there to spur the creation of a big tech worker pipeline.

“It’s good for the U.S., and it’s good for Mexico,” Kumar said of creating this tech workforce in Mexico. “We are just one example of the success of collaboration between the U.S. and Mexico.”

To learn more about iTexico or read more of the company’s white papers, visit their website here.

TX US Rep Cuellar: "Mexican leaders cannot believe the United States has not responded to its offer to help secure the southwest border"
Comment
Today's Crowdfunding Campaign: Training co-operative coffee farmers in Chiapas to start their own roastery