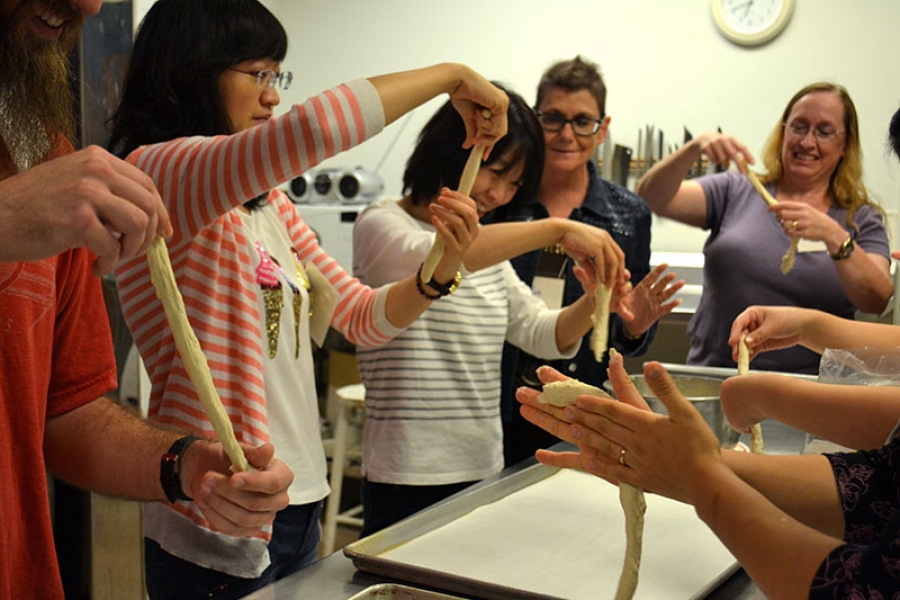 Every Thursday evening at Cherokee United Methodist Church in Johnson City, Tenn., an exchange takes place as different tongues learn to speak in one common language.

Leading this conversation is Dr. Rosalind Gann, an East Tennessee State University professor and English as a Second Language advocate. The main goal of this gathering is to equip people whose first language is not English to speak it comfortably and correctly.

“One thing I’ve learned is just how important English is—worldwide—and the scope of this language,” she said. “It was, originally, a language of conquerors, of oppressors, and now, it’s been transformed into a vehicle for universal communication.”

Gann first taught as a middle school English teacher, where she developed an interest in literacy. This led her to pursue a doctorate in literacy, linguistics and ESL from the University of Cincinnati.

Today, she coordinates the teacher ESL program at ETSU, as well as an ESL class at Cherokee United Methodist Church.

At the ESL class, Gann talks to each of her students as they arrive, taking the time to get to know them. Here, the teachers are volunteers and the students do not pay tuition.ESL 0043

“In a school-based ESL, there are exams and assignments and grades. What we do at Cherokee is quit different,” said Gann.

“We welcome our second language learners, and ask them what they want to do. If they want homework, we assign it; if they want it corrected, we correct it. If they want help in preparing for exams, we’ll put together exams, but we don’t give exams and grades.”