The Latinos of East Hartford still (politically) settling in? 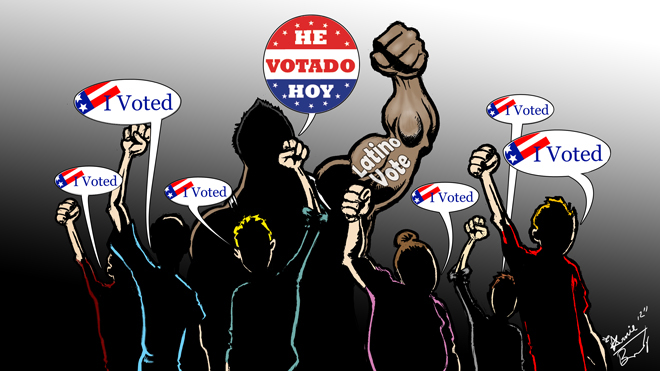 East Hartford’s Latinos make up over nearly one-third of  the town’s population of 52,000 residents.  This, many might expect,  would lead to producing easily identifiable Latino leadership and institutions along with more commensurate political influence.   However, local leaders say, the town’s Latino community has not yet come of age.

With nearly 30 percent of the population, said Donald Carrey, a longtime resident who is the town’s Democratic chairman, Hispanics “can be and should be” a political force, but it remains difficult to find appropriate candidates.

Politically, the “sleeping giant” label currently in vogue to describe the potential influence of Hispanics nationally could apply to East Hartford, where according to a 2013 surname-based study conducted by the Connecticut Secretary of State, found that there were approximately  4,800 registered Hispanic voters, the seventh highest total in the state.

The major exception is  State Rep. Jason Rojas, who was born in East Hartford. He served on the school board and the town council before being elected to the state Legislature in 2009.  Carrey sees Rojas as a key figure in the community.