Latina Lista: News from the Latinx perspective > Columns & Features > Guest Voz > Guest Voz: The unnecessary suffering of the ‘lost boys and girls’ of the Americas — in the U.S.

Guest Voz: The unnecessary suffering of the ‘lost boys and girls’ of the Americas — in the U.S.

(Edtor’s Note: The following is a condensed version of the report “Unnecessary Suffering: Potential Unmet Mental Health Needs of Unaccompanied Alien Children” published in the Feb. 2013 issue of JAMA Pediatrics)

Mental illness is one of the most prevalent health problems among children worldwide, with displaced children having a substantially greater burden of illness. 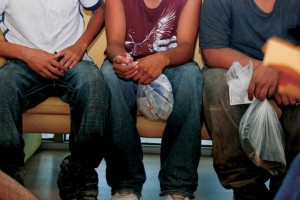 Yet, our health care system is not recognizing or addressing the needs of potentially the most vulnerable subset of displaced children in the United States: unaccompanied alien children (UAC).

Unaccompanied alien children immigrate to the United States without a parent or legal guardian and without legal documents. Almost 70,000 have arrived since 2004, and their numbers are rapidly growing, with 14,500 arriving in fiscal year 2012.

That influx is even greater than the 13,000 unaccompanied refugee minors (URMs) brought to the United States since 1980. Like URMs, UAC flee persecution and widespread violence, leading some to call UAC the “lost boys and girls” of the Americas.

For example, 920 Honduran children were murdered in the first 3 months of 2012, and girls as young as 9 years old have been reportedly gang-raped.

Multiple UAC recount seeing more than one gruesome death, with gunshot wounds, mental and behavioral disorders (especially alcoholism), and violence against women among the leading causes of premature death in UAC’s home countries.

No more than 18% of UAC have adequate access to health care, indicating that the effects of trauma at home were probably undiagnosed or untreated.

Likewise, coyotes (guides) may offer UAC drugs or alcohol to stem their hunger or proposition them for hard labor or sex in return for survival.

Combined, the high level of potential trauma before and during migration may lead to some of the highest levels of mental illness among children in the United States.

Unaccompanied alien children must receive a health screening within 24 hours of arriving at Office of Refugee Resettlement (ORR) facilities, but a single visit with a general practitioner may not achieve accurate mental health diagnoses and certainly does not imply proper management of chronic mental illness.

Facilities do not have uniform educational requirements for staff, and health care providers do not report how often mental health care workers are present. Therefore, estimating how well mental health care is managed for the 50% of UAC taking psychiatric medicine (or those needing treatment but possibly not receiving it) is problematic.

More must be done to diagnose and treat UAC’s mental illness while in ORR care, especially given the limited treatment opportunities once released. Whereas URMs typically receive care until the age of 21 years, UAC’s access to services ends abruptly on release.

Thus, UAC could become individuals with high use and associated costs of both the US health care and criminal justice systems during their lifecourse.

While multiple therapies can be effective in reducing psychological harm in 6 to 8 weeks and should thus be implemented, we must also study whether UAC need access to post-relief services available to URMs.

The medical profession is specially situated to study, treat, and advocate on behalf of highly vulnerable UAC. Indeed, we must to stop UAC’s unnecessary suffering.