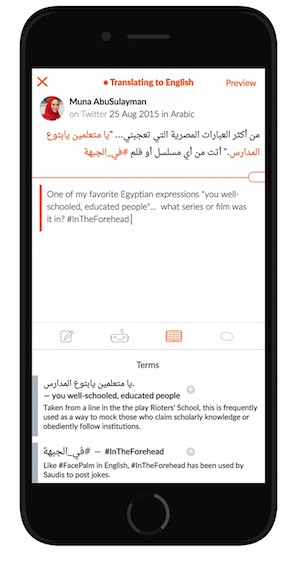 LatinaLista — 2016 is already the most multilingual presidential election season in US history. From jokes about Trump’s taco bowls to tweets about Sanders’ use of Arabic, some of the most compelling online conversations about US Election 2016 are happening in languages other than English.

Yet, journalists turning to social media to highlight the views of citizens are still mostly focusing on English content out of necessity.

Meedan, a technology company focused on enabling cross-language communication on the web, is in partnership with Global Voices and Public Radio International,  to boost underrepresented voices in the US elections.

They plan on translating social media from Spanish, Arabic and other languages with their tool Bridge to build a pipeline that includes these underrepresented voices.

A team of translators from the broader Meedan community will work to translate minority-language social media conversations and reactions, with a special focus on Spanish. The team will translate important tweets using Bridge, the platform for translating social media posts.

Then, all translated tweets for a given language are reviewed by experienced editors from Global Voices.

Finally, approved translations will be distributed on Public Radio International’s Global Nation site as part of their ongoing coverage of the elections. Journalists from PRI will also use this content to cover digital stories and narratives that complement their on-the-ground coverage. All the translations will be published publicly, so others can follow along as well.

The project will be focusing on the following key events leading up to the election:

It is a project with a goal of bringing more diverse voices to journalism and civic engagement and they’re doing that by translating social media.

crowdfunding, politics, social media
Previous Post How to encourage better and more meaningful political participation in the US
Next PostLatest survey of Latino voters reveals something curious