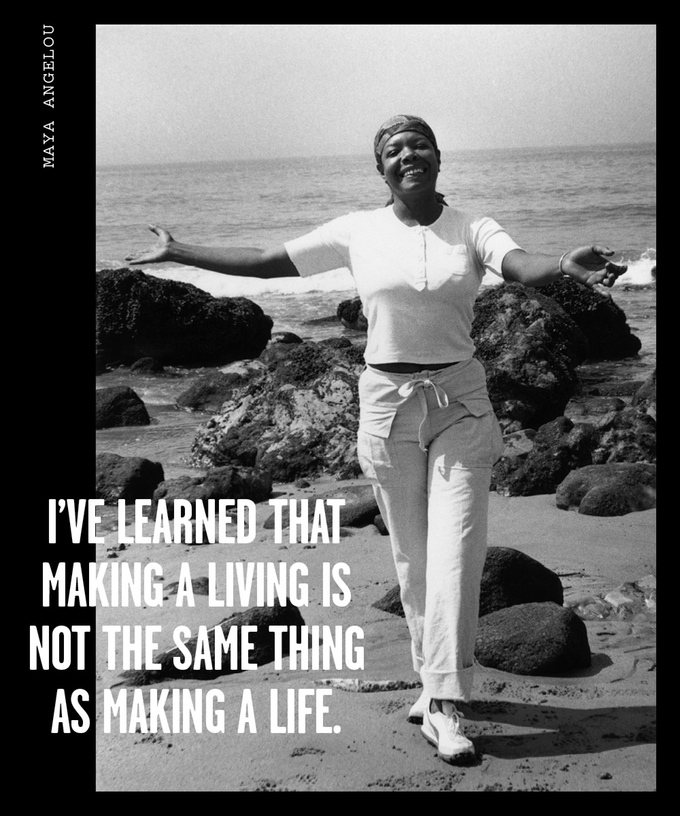 The Maya Angelou Documentary is the first documentary about Dr. Maya Angelou. As friends from Dr. Angelou's inner circle, the filmmakers have been granted remarkable and unmatched access to Dr. Angelou’s life. After years of working on this film, they are close to presenting her incredible journey to the rest of the world.

Dr. Angelou has become a global symbol of peace, humility, and freedom–– but parts of her story are not well known.

Most people don't know that:

Dr. Angelou was the first…

The Maya Angelou Documentary will reflect on how the events of history, culture, and the arts shaped Dr. Angelou’s life and how she, in turn, helped shape our own worldview through her autobiographical literature and activism.

The filmmakers hope to shed light on the untold aspects of her life and to educate audiences about her story.

The film will examine Dr. Angelou's remarkable life––from her birth in 1928 to her passing in May of 2014––which spanned the Jim Crow South, the Civil Rights, the Women’s, and Art Movements, along with her impact on celebrity and mainstream popular culture.

The film team filmed Dr. Angelou at the Smithsonian Institution in April of 2014 when her portrait was unveiled for the National Portrait Gallery and at the 2014 Women2Women Conference in Atlanta, amongst other momentous events. They last interviewed Dr. Angelou in January of 2014.

This is a documentary for those who miss Dr. Angelou's voice, and for future generations who need to hear her impactful words.

The filmmakers are in a logistical time crunch to finish the documentary for its broadcast premiere on the PBS series American Masters. With a story so vast and varied, there are tremendous archival licensing rights costs for images and footage that they need to account for. In addition, they need to finish the final edits, plus mixing, and color correction.

Dr. Angelou died on May 28, 2014, having written 37 books. The reaction from the public was powerful, poetic, and loving. Dr. Angelou was a national treasure. The Maya Angelou Documentary hopes to assure that though she will be missed, Dr. Angelou will not be forgotten.