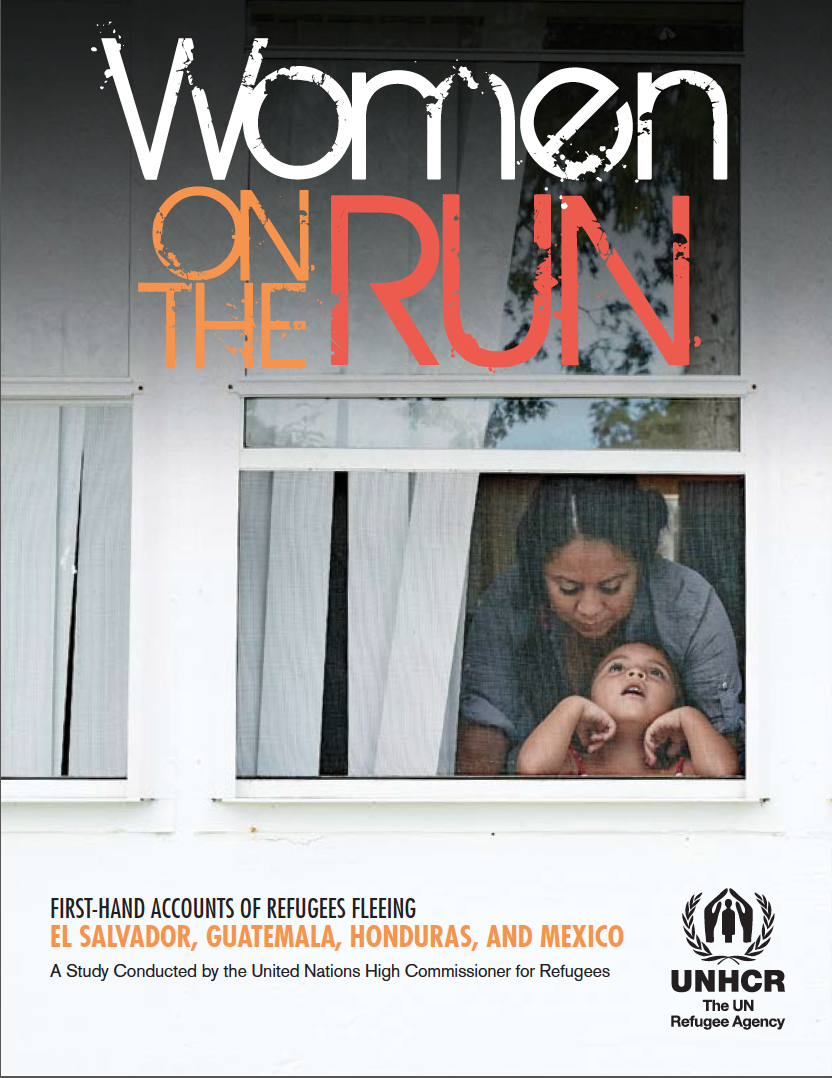 LatinaLista — The world understands why the refugees from Syria, Afghanistan, Pakistan, etc. are streaming into Western Europe in numbers described as “unprecedented in its sheer scale since the end of World War II.” Thanks to the hundreds of reporters on the ground filing daily media reports of the violence happening in those countries, the world sees firsthand the bombed-out buildings, the brutality of ISIS and Al Queda and the consequences of that deadly violence to the men, women and children who get caught in the crossfire.

However, many in the world don’t have the same understanding, or even empathy, for another set of refugees who are also fleeing their countries in unprecedented numbers and running towards the U.S. – Mexico border.  The only time these refugees are featured in the mainstream media is after they’ve arrived at the U.S. border, where onlookers can draw no clue as to the dangers, hardships, blight and violence they left behind to come so far.

The typical refugee of the Americas is a man, woman or child fleeing from a region known as the Northern Triangle of Central America (NTCA) — El Salvador, Guatemala, Honduras and parts of Mexico.

When these refugees reach the U.S. border, they, like the Syrian refugees, are asking for asylum, as well as, understanding as to why they fear for their lives in their own countries. So far, there’s a gap in understanding or sympathy for Americas’ refugees versus Europe’s recent arrivals.

In a new report released by the United Nations High Commission for Refugees (UNHCR), Women on the Run,  the UNHCR shines a light on the brutal gang violence present in the NTCA region, which isn’t just causing people to come to the U.S. to find refuge but is creating a “looming refugee crisis in the Americas.”

“The violence being perpetrated by organized, transnational criminal groups in El Salvador, Guatemala, Honduras and certain parts of Mexico has become pervasive,” UN High Commissioner for Refugees António Guterres said in Washington at a news conference to mark the release of the report. “The dramatic refugee crises we are witnessing in the world today are not confined to the Middle East or Africa … We are seeing another refugee situation unfolding in the Americas.”

According to data from the UN Office on Drugs and Crime, Honduras ranks first, El Salvador fifth, and Guatemala sixth for rates of homicide globally. Furthermore, El Salvador, Guatemala, and Honduras rank first, third, and seventh, respectively, for rates of female homicides globally. In large parts of the territory, the violence has surpassed governments’ abilities to protect victims and provide redress. Certain parts of Mexico face similar challenges.

The report was created from interviews with 160 Central American women, who have been threatened, tortured, raped and targets of extortion from these criminal gangs operating with impunity in these countries. Fearful of their lives, and the lives of their families, the women choose to risk further abuse by shady human smugglers just to reach the United States and a chance for a peaceful quality of life.

Yet, peace is hardly what they find once they arrive.

The women featured in the study report that after fighting their way to reach the United States and asking for asylum, they are continually put on the defensive and must prove to US Customs and Border Protection (CBP) that they fear for their lives. If they can’t effectively prove it, they are deported but while waiting for the CBP decision, asylum seekers are kept in detention.

For many women who spoke with UNHCR, detention has meant they have been unable to hire a lawyer, due to lack of resources and distance from major service providers. A recent academic study looked at asylum cases from Central America and found that “the single most important factor in determining outcome is whether or not these individuals are represented in their court proceedings.”

For women without attorneys, the lack of ability to fully understand the proceedings, file the correct paperwork in a language they do not understand, or gather evidence to support their cases is daunting. “I haven’t filled out an asylum application yet because it is in English only,” said a young woman from Guatemala.

Women interviewed for this report emphasized that the experience of being detained remains with them far beyond release. “The things I lived through in detention have marked me for life,” said a Salvadoran woman who recently was granted asylum. “Please remember that we are also human beings. I didn’t want to come here, but for me it was a question of life and death.”

By releasing the report, the UNHCR hopes to underscore the fact that asking for asylum isn’t just a lawful request but a human right. What’s not right is to keep these women, and other refugees, locked up as if they had committed a crime. What’s not legal is to force these women, and other asylum seekers, back to their home countries without their cases having a proper review or representation in court.

All that is achieved in returning these asylum seekers is a future filled with certain risk, and possible death — a situation that should weigh heavy on the minds of anyone who values liberty and justice.