DHS Memorandum outlines steps to be taken with DACA recipients 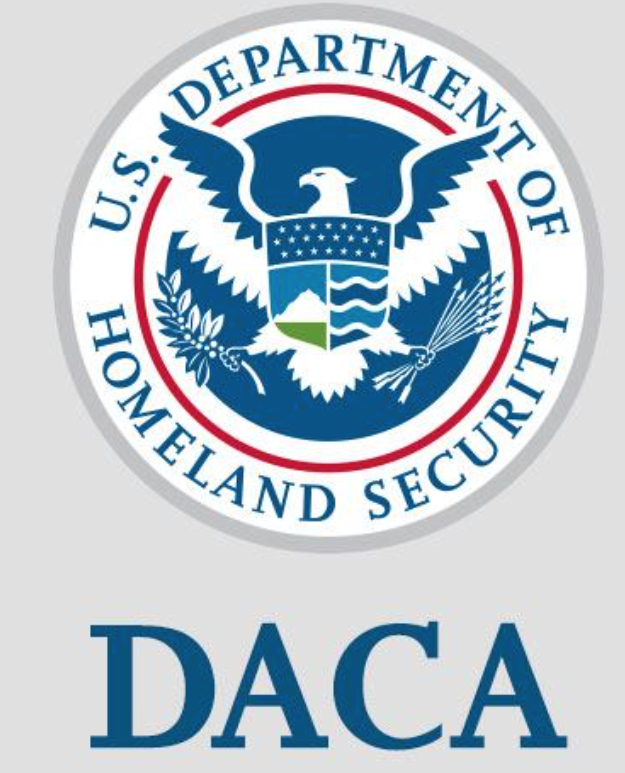 LatinaLista — The following is the Memorandum sent by Acting Department of Homeland Security Secretary Elaine Duke announcing the steps going forward with the DACA program.

Rescission of the June 15, 2012 Memorandum Entitled “Exercising Prosecutorial Discretion with Respect to Individuals Who Came to the United States as Children”

This memorandum rescinds the June 15, 2012 memorandum entitled “Exercising Prosecutorial Discretion with Respect to Individuals Who Came to the United States as Children,” which established the program known as Deferred Action for Childhood Arrivals (“DACA”). For the reasons and in the manner outlined below, Department of Homeland Security personnel shall take all appropriate actions to execute a wind-down of the program, consistent with the parameters established in this memorandum.

Background
The Department of Homeland Security established DACA through the issuance of a memorandum on June 15, 2012. The program purported to use deferred action—an act of prosecutorial discretion meant to be applied only on an individualized case-by-case basis—to confer certain benefits to illegal aliens that Congress had not otherwise acted to provide by law.[1] Specifically, DACA provided certain illegal aliens who entered the United States before the age of sixteen a period of deferred action and eligibility to request employment authorization.

On November 20, 2014, the Department issued a new memorandum, expanding the parameters of DACA and creating a new policy called Deferred Action for Parents of Americans and Lawful Permanent Residents (“DAPA”). Among other things—such as the expansion of the coverage criteria under the 2012 DACA policy to encompass aliens with a wider range of ages and arrival dates, and lengthening the period of deferred action and work authorization from two years to three—the November 20, 2014 memorandum directed USCIS “to establish a process, similar to DACA, for exercising prosecutorial discretion through the use of deferred action, on a case-by-case basis,” to certain aliens who have “a son or daughter who is a U.S. citizen or lawful permanent resident.”

Prior to the implementation of DAPA, twenty-six states—led by Texas—challenged the policies announced in the November 20, 2014 memorandum in the U.S. District Court for the Southern District of Texas. In an order issued on February 16, 2015, the district court preliminarily enjoined the policies nationwide.[2] The district court held that the plaintiff states were likely to succeed on their claim that the DAPA program did not comply with relevant authorities.

The United States Court of Appeals for the Fifth Circuit affirmed, holding that Texas and the other states had demonstrated a substantial likelihood of success on the merits and satisfied the other requirements for a preliminary injunction.[3] The Fifth Circuit concluded that the Department’s DAPA policy conflicted with the discretion authorized by Congress. In considering the DAPA program, the court noted that the Immigration and Nationality Act “flatly does not permit the reclassification of millions of illegal aliens as lawfully present and thereby make them newly eligible for a host of federal and state benefits, including work authorization.” According to the court, “DAPA is foreclosed by Congress’s careful plan; the program is ‘manifestly contrary to the statute’ and therefore was properly enjoined.”

Although the original DACA policy was not challenged in the lawsuit, both the district and appellate court decisions relied on factual findings about the implementation of the 2012 DACA memorandum. The Fifth Circuit agreed with the lower court that DACA decisions were not truly discretionary,[4] and that DAPA and expanded DACA would be substantially similar in execution. Both the district court and the Fifth Circuit concluded that implementation of the program did not comply with the Administrative Procedure Act because the Department did not implement it through notice-and-comment rulemaking.

The Supreme Court affirmed the Fifth Circuit’s ruling by equally divided vote (4-4).[5] The evenly divided ruling resulted in the Fifth Circuit order being affirmed. The preliminary injunction therefore remains in place today. In October 2016, the Supreme Court denied a request from DHS to rehear the case upon the appointment of a new Justice. After the 2016 election, both parties agreed to a stay in litigation to allow the new administration to review these issues.

On January 25, 2017, President Trump issued Executive Order No. 13,768, “Enhancing Public Safety in the Interior of the United States.” In that Order, the President directed federal agencies to “[e]nsure the faithful execution of the immigration laws . . . against all removable aliens,” and established new immigration enforcement priorities. On February 20, 2017, then Secretary of Homeland Security John F. Kelly issued an implementing memorandum, stating “the Department no longer will exempt classes or categories of removable aliens from potential enforcement,” except as provided in the Department’s June 15, 2012 memorandum establishing DACA,[6] and the November 20, 2014 memorandum establishing DAPA and expanding DACA.[7]

On June 15, 2017, after consulting with the Attorney General, and considering the likelihood of success on the merits of the ongoing litigation, then Secretary John F. Kelly issued a memorandum rescinding DAPA and the expansion of DACA—but temporarily left in place the June 15, 2012 memorandum that initially created the DACA program.

Then, on June 29, 2017, Texas, along with several other states, sent a letter to Attorney General Sessions asserting that the original 2012 DACA memorandum is unlawful for the same reasons stated in the Fifth Circuit and district court opinions regarding DAPA and expanded DACA. The letter notes that if DHS does not rescind the DACA memo by September 5, 2017, the States will seek to amend the DAPA lawsuit to include a challenge to DACA.

The Attorney General sent a letter to the Department on September 4, 2017, articulating his legal determination that DACA “was effectuated by the previous administration through executive action, without proper statutory authority and with no established end-date, after Congress’ repeated rejection of proposed legislation that would have accomplished a similar result.

Such an open-ended circumvention of immigration laws was an unconstitutional exercise of authority by the Executive Branch.” The letter further stated that because DACA “has the same legal and constitutional defects that the courts recognized as to DAPA, it is likely that potentially imminent litigation would yield similar results with respect to DACA.”

Nevertheless, in light of the administrative complexities associated with ending the program, he recommended that the Department wind it down in an efficient and orderly fashion, and his office has reviewed the terms on which our Department will do so.

Rescission of the June 15, 2012 DACA Memorandum
Taking into consideration the Supreme Court’s and the Fifth Circuit’s rulings in the ongoing litigation, and the September 4, 2017 letter from the Attorney General, it is clear that the June 15, 2012 DACA program should be terminated. In the exercise of my authority in establishing national immigration policies and priorities, except for the purposes explicitly identified below, I hereby rescind the June 15, 2012 memorandum.

Recognizing the complexities associated with winding down the program, the Department will provide a limited window in which it will adjudicate certain requests for DACA and associated applications meeting certain parameters specified below. Accordingly, effective immediately, the Department:

This document is not intended to, does not, and may not be relied upon to create any right or benefit, substantive or procedural, enforceable at law by any party in any administrative, civil, or criminal matter. Likewise, no limitations are placed by this guidance on the otherwise lawful enforcement or litigation prerogatives of DHS.

[1] Significantly, while the DACA denial notice indicates the decision to deny is made in the unreviewable discretion of USCIS, USCIS has not been able to identify specific denial cases where an applicant appeared to satisfy the programmatic categorical criteria as outlined in the June 15, 2012 memorandum, but still had his or her application denied based solely upon discretion.