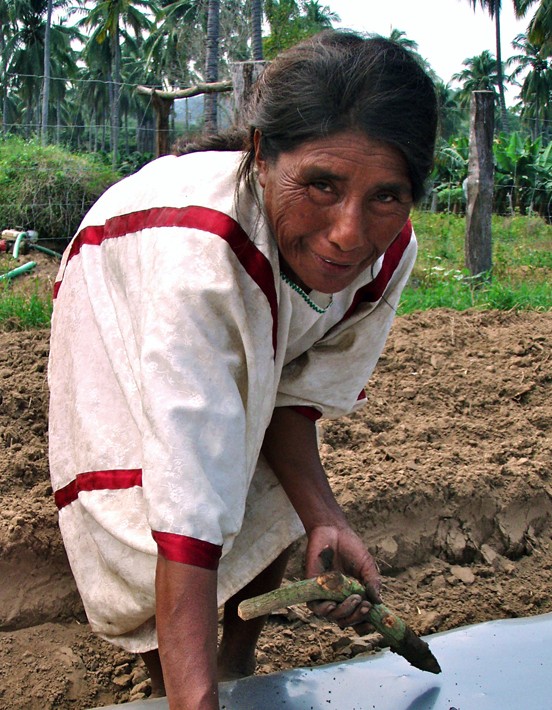 LatinaLista — In the years since 1994 when the North American Free Trade Agreement (NAFTA) was signed among the United States, Canada and Mexico, debate has intensified as to who the real beneficiaries are of the international trade agreement.

Analysis and documentation clearly show that NAFTA has not helped poor Mexican farmers. Instead of reaping profits for their produce, fifty percent of these rural Mexicans live in poverty and 25 percent in extreme poverty. They are so poor that only one percent of Mexican family farms can afford a tractor and 34 percent of the farming families must cultivate their crops entirely with hand tools.

If that wasn’t bad enough, the majority of these poor Mexican farmers can’t qualify for credit and “less than 9 percent receive any government support.” The irony is that these small family farms are the ones responsible for providing 70 percent of the total agricultural jobs in Mexico.

With no money, the farmers can’t afford to buy the seeds necessary for planting. A single watermelon seed costs .25 and mango transplants are $20 each — a fortune for people who don’t have enough money to feed themselves.

One American produce distributor hopes to ‘plant seeds’ to change the depressing situation.

“Very few farmers have that kind of cash,” says Bachmann, founder of Fancy Fresh Farms, and an Oregon State University graduate who has lived in central Mexico for 19 years and spends about 75 percent of his time in the fields, where he has personally witnessed the hardships that keep many small Mexican farm families from making a living. “So many of them end up trapped in high interest debt or ripped off by unscrupulous produce brokers, simply because they have no other option. It’s tragic what these simple, noble people have had to endure.”

Fancy Fresh Farms was founded in 2011 by Bachmann. Having started three other successful businesses in Mexico, Bachmann knew how to navigate the difficult and confusing maze of Mexican regulations, business customs and accounting practices to create a solid business. It wasn’t long before Bachmann realized that part would be the easy side of the business. It’s much harder to distribute something farmers can’t even afford to produce though conditions are prime for the best harvests.

Bachmann understood that these farmers needed just a ‘seed’ of help to get their fields filled again, people to work, crops to harvest and (finally) money in their pockets. So he decided to create a Kickstarter campaign called “Help Save Small Family Farms in Mexico — First Annual Fancy Farm Fresh Seed Giveaway.”

The idea is to collect donations whereby Fancy Fresh will buy seeds in bulk, getting a better price for them, and then give 50 struggling farm families the seeds that will help them return to full production this summer. Bachmann says the seeds are not loans but gifts.

Participat­ing farmers are never at risk. The seeds are a gift, not a loan. Instead of paying back the cost of the seeds, each farmer keeps the proceeds to purchase their own seeds the follow­ing year. Depending on their individual circumstances, it is possible that at least some of those participating will be debt-free within one growing season. At the same time, the program is expected to generate up to 2000 jobs.

farmers, farms, impoverished, Mexico, NAFTA
Previous Post Video: Poet Martin Espada explains how poetry is the platform to share his life experiences and political convictions
Next PostIndigenous Peoples From Around The World Go Digital During Proud To Be Indigenous Week

Video: Poet Martin Espada explains how poetry is the platform to share his life experiences and political convictions
Comment
Indigenous Peoples From Around The World Go Digital During Proud To Be Indigenous Week