Latina Lista: News from the Latinx perspective > Local News > U.S.-Mexico border > If Trump’s base thinks a border wall will save their jobs, Trump may have a bridge somewhere for sale too

If Trump’s base thinks a border wall will save their jobs, Trump may have a bridge somewhere for sale too 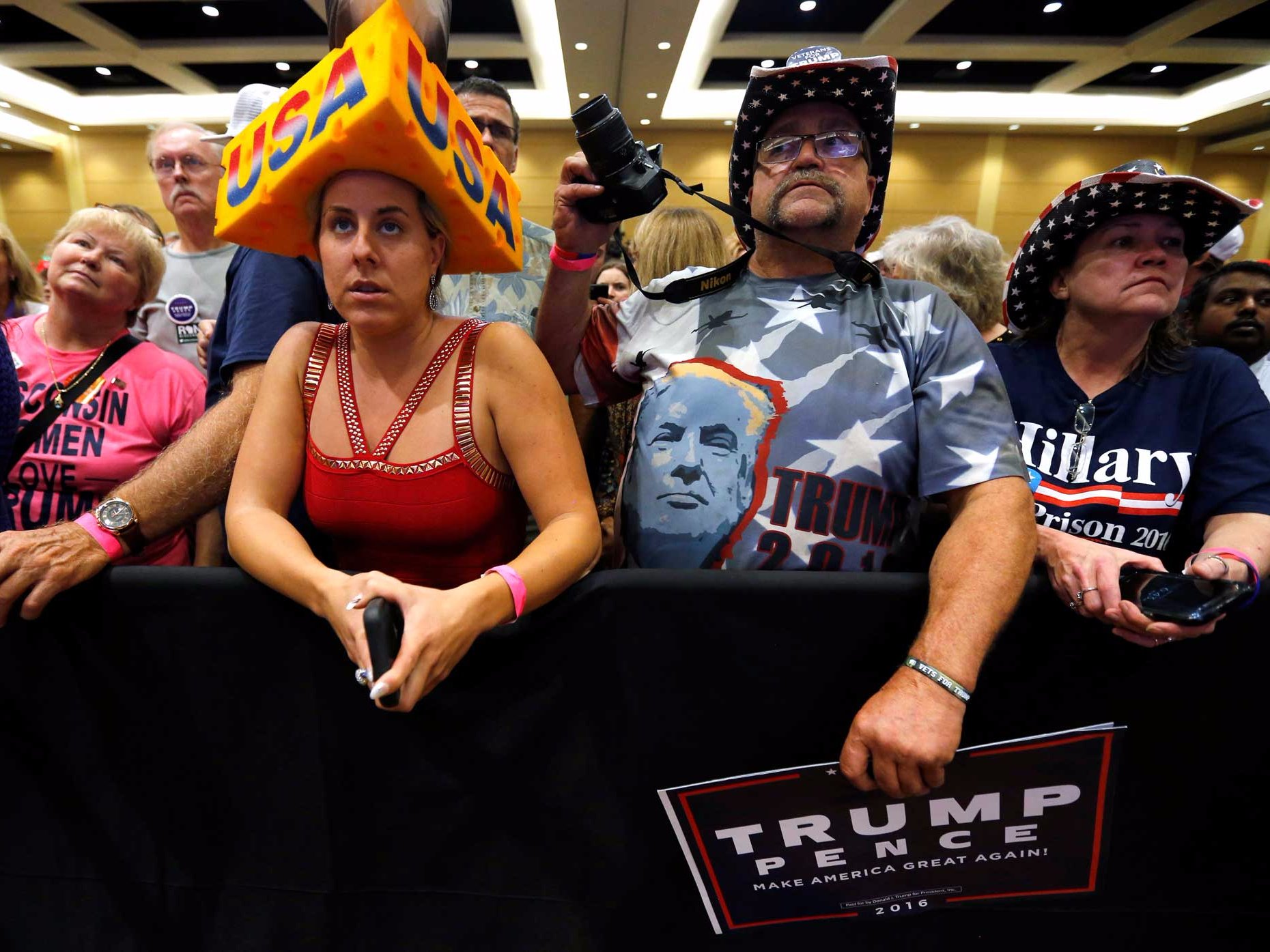 Trump’s border wall wasn’t a hard sell to his blue-collar base. Maybe because, for his base, the promise of a border wall was seen less for reasons of national security and more as a way to stabilize an uncertain job market. The story told to the base during the campaign was: Stop the flow of immigrants taking your jobs and your suffering will end.

Research shows that Trump’s base of supporters are overwhelmingly white and have only a high school education, if that — but they are suffering.

A new study finds that the white, low-educated, middle-aged Americans, aged 45-54, are suffering a crisis unlike ever before in history. Since 1999, the mortality rate of this demographic has been inching higher. Researchers label these early deaths as “Deaths of Despair.”

According to the study, the blue-collar segment of the nation, who were assured a good paying job right out of high school in their local factories, has been witnessing the disappearance of a future that used to be a sure thing. Whether outsourced abroad or replaced by a robotic workforce, the jobs just aren’t there anymore for low-skilled Americans. And the jobs that are don’t command the same high salary, good quality or expectation of celebrating a 30-year work anniversary that was offered to their own parents and grandparents.

Not having a job that can be depended on to be there in the future has had more than financial consequences. It’s affected marriages and relationships. The study’s authors found that, over time, these blue-collar workers have lost their sense of place in U.S. society, which leads them down a path of self-destruction.

So, it’s easy to see why this group would so blindly seize on Trump’s promise that a border wall will solve all their problems.

However, the jobs these blue-collar workers are worried about are usually not the ones done by undocumented immigrants.

The Census Bureau’s American Community Survey found that out of 161.4 million workers in the United States, there are 8 million undocumented workers, down from the height of 8.3 million before the Great Recession.

The top three jobs where undocumented laborers comprise the majority of the workforce are: plasters and stucco masons, drywall and ceiling tile installers and agricultural workers.

In short, it’s because of the sweat of undocumented workers that we all have roofs over our heads and food on the table. Each of these occupations fall into the cliche category of “jobs Americans don’t want to do.”

Last week, during the confirmation hearing for agriculture secretary, Sonny Purdue, sitting congressional members on the committee, asked Purdue to talk to Trump about easing deportation enforcement against agriculture workers because farmers are so worried they won’t have enough labor to harvest the crops or milk the cows — jobs blue-collar Americans turned their noses up at long ago.

If Trump’s base thinks a wall is the answer to their prayers for a steady paycheck, they might just be right — as long as they wear plenty of sunscreen and aren’t allergic to hay.

A look at the House health care plan through the lens of faith, hope and charity
Comment
In 3rd-Largest U.S. City, Living in Certain Neighborhoods Means Worse Health